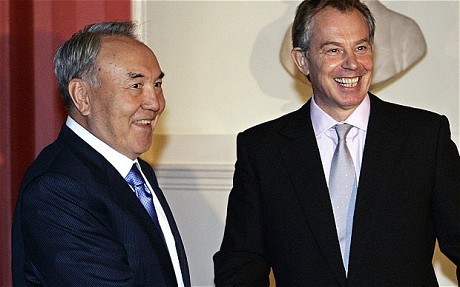 The Tony Blair House Journal (editor Alan Rusbridger) reports on Kanye West’s disgusting private performance for the Kazakh dictator and his family, and takes a sideswipe at David Cameron for visiting that country.

But peculiarly they fail to mention that Tony Blair receives US $4 million a year as a consultant to the worker murdering Kazakh dictator, and that Alistair Campbell and Jonathon Powell as well as Blair visit to give this support – which has included a behind the scenes campaign to help Nazarbaev win the Nobel Peace Prize, fortunately with no result to date.

2,389 thoughts on “Blair and Kanye West are Prostitutes”