Richard Bilton of the BBC today exposed himself as the most corrupt and bankrupt of state media shills – while pretending to be fronting an expose of corruption. There could not be a more perfect example of the western state and corporate media pretending to reveal the Panama leak data while actually engaging in pure misdirection.

In a BBC Panorama documentary entitled Tax Havens of the Rich and Powerful Exposed, they actually did precisely the opposite. The BBC related at length the stories of the money laundering companies of the Icelandic PM and Putin’s alleged cellist. The impression was definitely given and reinforced that these companies were in Panama.

Company documents were flashed momentarily on screen, in some cases for a split second, and against deliberately unclear backgrounds. There is no chance that 99.9% of viewers would notice they referred to British Virgin Islands companies. But instantly reading a glimpsed document is an essential skill for a career diplomat, and of course I happen to know immediately what BVI or Tortola mean on a document. So I have been back and got screenshots of those brief flashes. 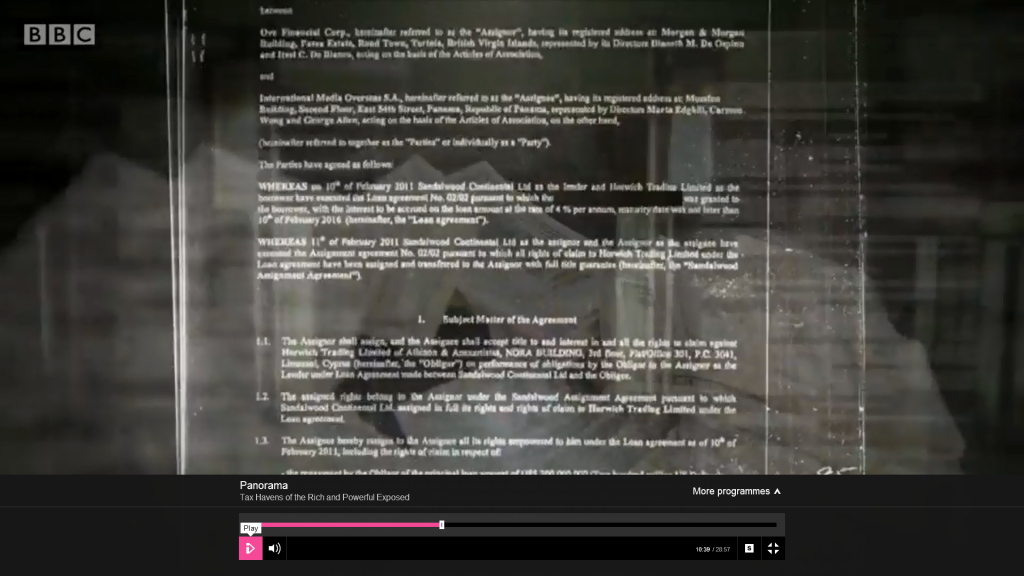 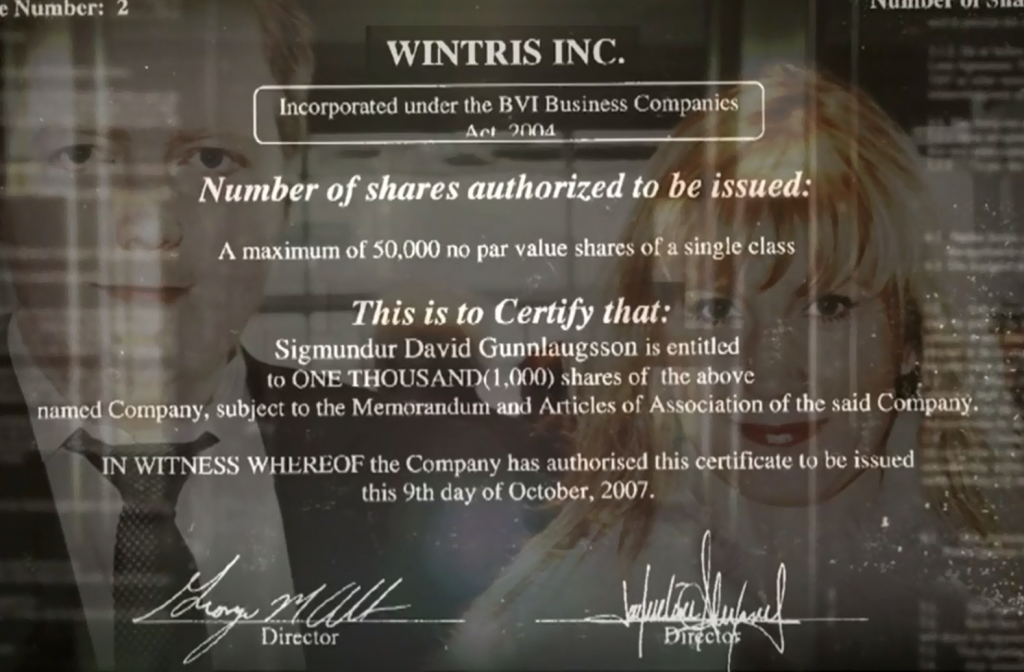 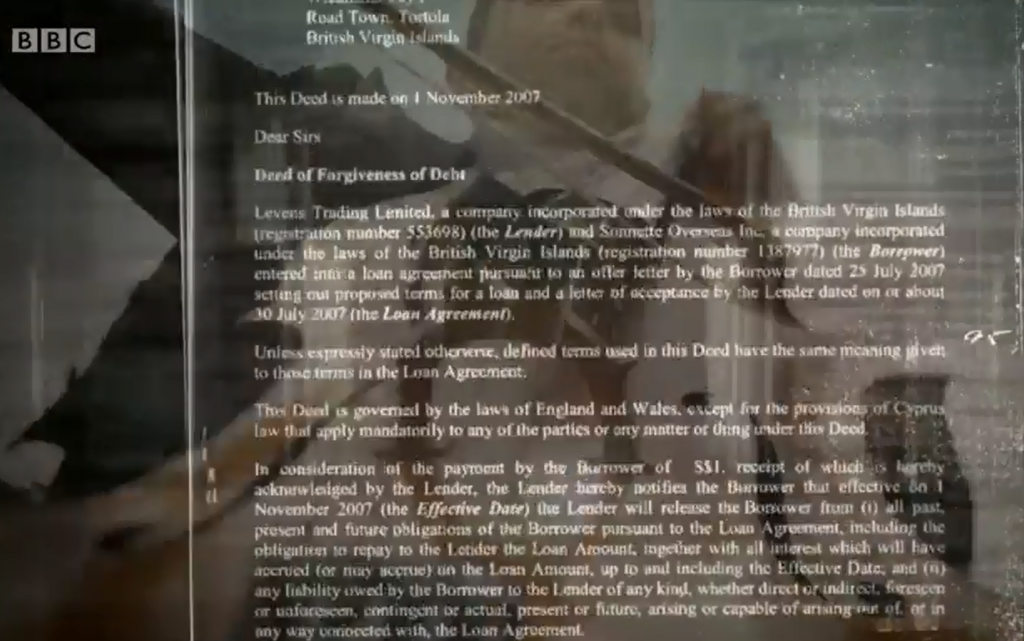 Is it not truly, truly, astonishing the British Virgin Islands were not even mentioned when the BBC broadcast their “investigation” of these documents?

In deliberately obscuring the key role of the British money-laundering base of British Virgin Islands in these transactions, the BBC have demonstrated precisely why the entire database has to be released to the scrutiny of the people, rather than being filtered by the dubious honesty of state and corporate journalists. The BBC targeting of two very low level British minions at the end of their programme does not alter this.

The BBC could also address why their Pacific Quay HQ in Glasgow is leased for £100 million from a hidden ownership company in the Cayman Islands.