A government which claims the right to kill its own citizens with no judicial process on the basis of the vote of 24.4% of the qualified electorate, legislates that workers cannot strike without the support of 40% of their qualified electorate because strikes can inconvenience people. Not as inconvenient as being sliced to pulp by flying metal, I should have thought.

David Davis, a decent Tory, said that some of the provisions of the Trade Union bill are Francoist, and he was not exaggerating. You can read the dispassionate official analysis of the bill by Parliament staff here. One of least publicised yet appalling aspects of the bill is the arbitrary power given to an anti-strike witchfinder, the Certification Officer. He is specifically given the powers of the High Court to compel individuals to give evidence or produce documents, and to make arbitrary judgements.

That extreme authoritarian stance is reflected throughout the bill. It is more publicised that notice must be given of picketing, with names reported to the police and identifying armbands worn, with letters of authority from the union to be there which the Bill states must be produced not only to the Police but to anybody who asks on request. This gives employers a whole new avenue of harassment of strikers.

The provision that 14 days notice must be given of any strike is obviously designed to reduce the effectiveness of strike action. The right to bring in agency staff to replace agency workers is not in the Bill, but the parliamentary staff analysis indicates it is intended to bring that in under secondary legislation – power delegated to the Secretary of State. That obviously is designed to combine with the 14 day notice to make strikes ineffective. The regulation of what individuals say about the industrial dispute on social media is so repressive as to verge on the incredible.

It is obvious the Tory government serve the agenda of corporatism, pure and simple. But it is perhaps surprising they are so entirely open about it. If you do not have the chance to withdraw your Labour, you are a slave. In the days of real slavery in Jamaica, foremen or gangmasters were generally slaves themselves (as opposed to the southern United States where they were generally poor whites). Very often the black gangmasters were extremely brutal to the slaves under them, imparting floggings with gusto to try to cement themselves in the favour of their white masters.

That is the function that token Muslim Sajid Javid plays in this Conservative government, flogging the workers with more gusto than his Old Etonian masters would dare to do. Plus they wouldn’t want to get blood on their trousers. Javid is a most enthusiastic Uncle Tom determined to tick all the establishment boxes. He certified the Trade Union Bill as compatible with the European Convention on Human Rights, when it is plainly in contravention of Article 11. But his most spectacular effort to fit in with his Tory masters came at the Conservative Friends of Israel where ignoring completely the terrible suffering, humiliation and repression of the Palestinian people, he declared

“Mr Javid, who described himself as a “proud British-born Muslim”, announced that if he had to leave Britain to live in the Middle East, then he would choose Israel as home. Only there, he said, would his children feel the “warm embrace of freedom and liberty”. For him, only Israel shared the democratic values of the UK.”

Sajid Javid promotes measures rightly called Francoist because he is a person it is perfectly reasonable to call a fascist. 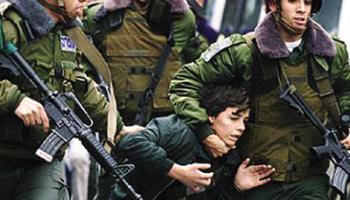 309 thoughts on “The Trade Union Bill”