The UK government insists on continuing the massive supply – £2.8 billion since the start of the attack – of high tech weapons for Saudi Arabia to use against civilians in Yemen, despite opposition from the EU Parliament and every major human rights group. Furthermore UK special forces are operating inside Yemen in support of the onslaught. Thousands of civilians have died as a result, including many children.

Given this is not exactly popular in the UK, and that after the law takes its tortuous course there will very probably be embarrassment for the government down the line, the prize which Cameron perceives must be great. Of course, western elite support for the appalling Saudi regime is a given, because Saudi cash pumps primarily into banking, armaments and high end property, the three areas most dear to the interests of the 1%.

Yemen of course has very little oil of its own. But where the West gets involved in conflict, it is almost always at base either about oil resources (eg Kuwait, Libya, Syria, Iraq) or oil routes (eg Afghanistan, Georgia, Balkans). It turns out that Britain’s unflinching military support of Saudi Arabian aggression in Yemen is about oil routes. 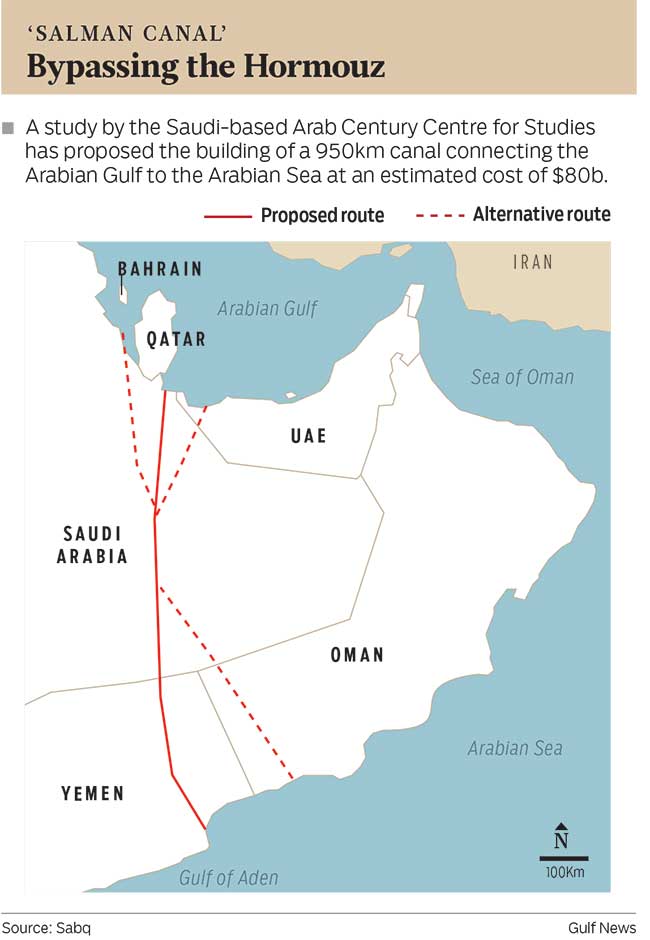 Last year the Saudis announced a plan to drive a ship canal through Saudi desert, Oman and Yemen to the Gulf of Aden, bypassing the straits of Hormuz. This would reduce ship journeys by approximately 500 miles, and limit any potential physical threat to shipping from Iran. It is worth noting that Iran has stated it will not block the strait of Hormuz, and is a signatory to the UN Law of the Sea Convention which would make that illegal. Iranian control of the strait of Hormuz has long been the nightmare of the American right.

The canal project is moving forward in the Saudi governmental system and has now formally been assigned to the Ministry of Electricity, after an internal royal family wrangle as control of the mega project will obviously bring massive opportunities for self enrichment. It is now to be associated with the construction of nuclear power plants, which it is difficult to believe are unrelated to Saudi desire for nuclear weapons. It is to be called the King Salman canal.

Oman would probably welcome the canal, but Yemen is much more problematic. There would need to be a Yemeni government not only willing to agree, but both able and willing to enforce security on the canal. And given that the eastern Yemeni regions through which it would pass are predominantly Shia, this is a major problem for the Saudis. A problem that could only be resolved by taking effective military control of Yemen.

The United Kingdom is supporting yet another war for oil. But don’t worry about it, the corporate media is full of the Queen’s birthday! Stop thinking and shout hurrah!