A fringe venue at the Labour conference was evacuated last night after the screening of a film about my friend Jackie Walker was cancelled by a terrorist bomb threat. Jackie, a black Jewish prominent critic of Israel, is currently among those suspended from the Labour Party over accusations of anti-semitism which are, in her case, nonsense.

What is astonishing is that the state and corporate media, which has made huge play around the entirely fake news of threats to pro-Israel MP Luciana Berger leading to her being given a police escort to protect her from ordinary delegates, has completely ignored this actual and disruptive pro-Israeli threat – except where they have reported the bomb threat, using the big lie technique, as a further example of anti-semitism in the Labour Party!

The Guardian’s report in this respect is simply unbelievable. Headed “Jewish event at Labour conference abandoned after bomb scare” it fails to note that Jewish Voice for Labour is a pro-Corbyn organisation and the film, “The Political Lynching of Jackie Walker”, exposes the evil machinations of the organised witch-hunt against Palestinian activists orchestrated by Labour Friends of Israel and the Israeli Embassy. It is not that the Guardian does not know this – it has carried several articles calling for Jackie Walker’s expulsion.

The attempt to spin this as the precise opposite of what it was continues on social media. This chap is followed on Twitter by the Foreign Office. 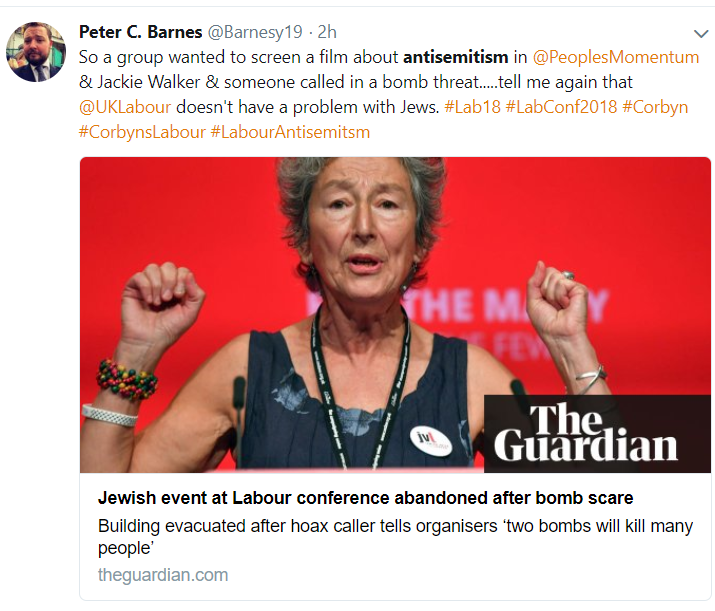 I want you to undertake a little mental exercise for me, and try it seriously. Just imagine the coverage on Newsnight, the Today Programme and Channel 4 News if a Labour Friends of Israel meeting had been cancelled by a bomb scare. Imagine through the experience of seeing or listening to the coverage, on each of those in turn, of a bomb threat to Labour Friends of Israel.

Well the bomb threat to the pro-Palestinian rights Jewish Voice for Labour has so far received zero coverage on those programmes. 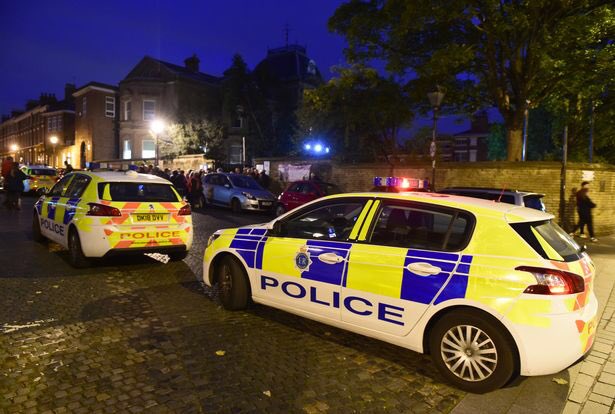