Skip to content
Home » Posts » Uncategorized » Trident Must Be Destroyed, Not Given to Westminster

There appears to be a presumption that upon Scottish Independence, the Trident submarine fleet and its incredibly destructive WMD’s must simply be handed over to Westminster by Holyrood. That is wrong in international law; if the weapons remain on the territory of Scotland, a sovereign state, it will be for the Scottish Government to dispose of them as it chooses. 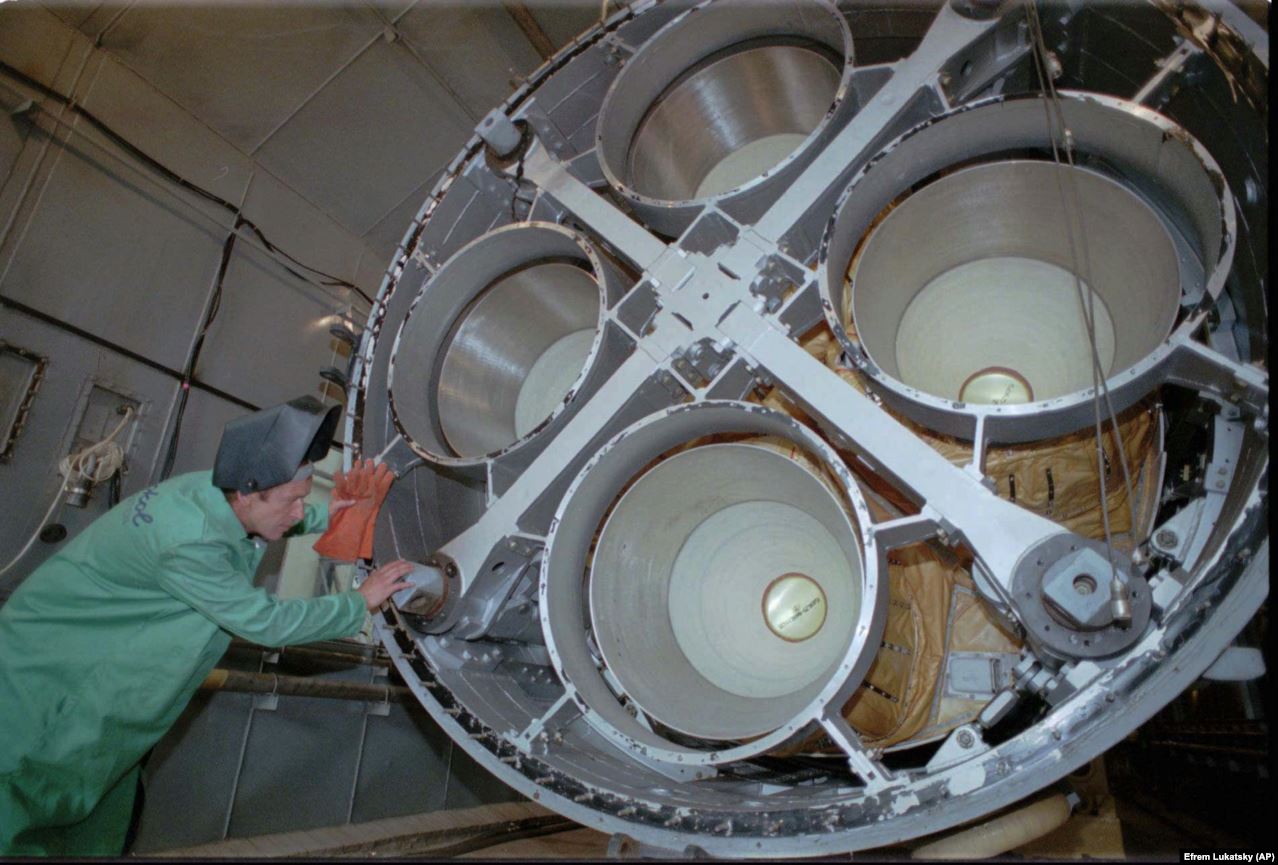 This photo is of a Ukrainian technician dismantling a SS-19 missile at a US government funded facility at Dnipropetrovsk, Ukraine. [Russia of course breached the Budapest Agreement when it invaded Crimea, but that does not impact on the legal precedent of Ukraine’s right to dispose of the missiles on its territory].

There is no doubt that in international law, independent Scotland will be under no obligation to hand the Trident system over to Westminster. By taking another route, and seeking the dismantling of the Trident system under international auspices while ratifying the Nuclear Non-Proliferation Treaty, the Comprehensive Test Ban Treaty, START and its protocols and the Treaty on the Prohibition of Nuclear Weapons, Scotland will earn great kudos at the United Nations. Making this intent plain at the time of the Declaration of Independence will help secure for Scotland the developing country votes which Scotland will need at the UN General Assembly, recognition by which is the defining test for a country’s Independence.

Scotland has a moral obligation to the world to destroy nuclear weapons on its territory. It is also the case that it should be a simple matter to mobilise international aid funding for the cost of decommissioning and dismantling the Trident nuclear fleet and its missiles – a process in which China, Russia, the USA, France and Westminster should be invited to participate. In fact, the decommissioning work would take years and would bring an economic boost to Scotland, providing far more work than the simple maintenance and operation of the nuclear fleet ever has.

The United Kingdom is a rogue state. It invaded Iraq in a blatantly illegal war of aggression, killing and maiming hundreds of thousands, displacing millions and setting the economic development of the country back 50 years. It significantly contributed to the similar destruction of Libya. It has brazenly defied the United Nations General Assembly and the International Court of Justice in refusing to decolonise the Chagos Islands. It is passing legislation to grant its soldiers immunity from war crimes charges and its secret service officers and agents immunity for murder and torture. To hand Trident missiles, and the capacity to unleash the destruction of the human race, over to the control of this erratic, declining imperial construct would be grossly irresponsible.

An Independent Scotland must not allow WMD to be operational from its territory for one single minute after Independence. We cannot prevent the UK from moving the Trident system out of Scotland before Independence is finalised – in which case we will at least achieve the system being non-operational for about ten years while a new base is constructed, which will itself be a worthwhile achievement.

We in the SNP have to stop pretending to be anti-Trident while expecting to be complicit in a transition plan to let Westminster keep operating Trident. That is an immoral stance and a grossly hypocritical stance.

You don’t negotiate over WMD. You destroy them.

275 thoughts on “Trident Must Be Destroyed, Not Given to Westminster”