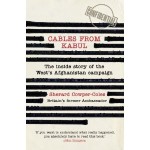 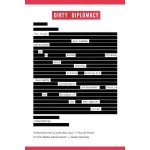 A reader has pointed out that Sherard Cowper Cole’s new book. Cables from Kabul, looks uncannily like Dirty Diplomacy, the US version of Murder in Samarkand, published four years previously. The books are indeed very similar. Except that Dirty Diplomacy has a sexy picture of a young lady on the spine – and the content is interesting.

21 thoughts on “Separated at Birth”