State propaganda and corporate media are wasting no time in promoting their candidate for leader of the pretend opposition: Chuka Umunna. He ticks absolutely all the right boxes. Private school educated, grandson of a High Court judge (which did not hold back his career to become a multi-millionaire lawyer) and entirely London based. Umunna has only ever moved out of the M25 on an aeroplane.

And connoisseur of gallery vernissages. 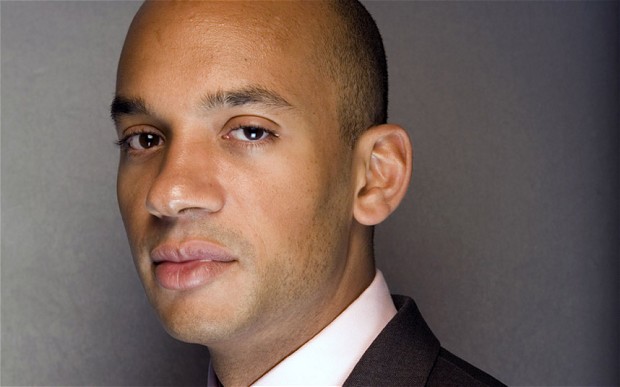 What is more he really is very right wing. His admiration for Michael Heseltine, which drew attention during this election, dates back years. He openly declares his heroes are Heseltine, Mandelson and Blair. Blair reciprocates by making known Umunna is his preferred successor. Blair has been doing this for years too.

Small wonder that the London “elite” promoting Umunna has slipped into overdrive quicker than Jeremy Clarkson. He has a long piece in the Guardian today, and was given a major guest slot on the Andrew Marr show to promote his leadership bid. His message in the Guardian is “We need an approach in which no one is too rich or too poor to be part of our party”. Which is an interesting example of the rhetorical device of false equivalence, as rich people are not excluded from Westminster politics, they monopolise it. As Umunna is himself stinking rich, he somehow evaded this exclusion. He argues that “we allowed the impression to arise that we were not on the side of those who are doing well.”

Nobody could accuse Umunna of creating that impression. Umunna is so much on the side of those who are doing well, that he joined a special social network for them called A Small World, an invitation-only club for millionaires that studiously excludes the working classes. This website offers

As well as upgrades, for example from an executive suite at the Las Vegas Mandarin to the Presidential suite. Though I am sure Chuka is more into the gallery vernissages. Well, Chuka Umunna posted on A Small World to ask his fellow millionaires what venues he could go to in London which did not let in any “trash”. Just in case anyone had not understood him, he specified that what he wanted was a “trash-free weekend”.

A spokeswoman for Umunna stated that this was a joke.

I don’t know what replies he got. Evidently nobody told him to avoid parliament because of the paedophiles. Maybe they said he should stick to those gallery vernissages. Not many trash there.

Anyway, it is obvious to all our betters in the metropolitan elite that Chukka is the man for the job, so who am I to argue? I don’t even know what a gallery vernissage is. And doubtless he will rescue the party fortunes in Scotland, where core voters who deserted Labour in the schemes of Scottish cities undoubtedly feel that gallery vernissages hold the key to a brighter future.