Eight days ago I published a leak from an MOD source that the MOD’s Defence Intelligence Service fundamentally disagreed with Cameron’s “70,000 moderate rebels claim” and were incensed about. Today the Murdoch Press – the Times and the Sun – publish as massive front page exclusives exactly what I published eight days ago.

Interesting isn’t it that they didn’t publish it before the parliamentary debate on Syria? 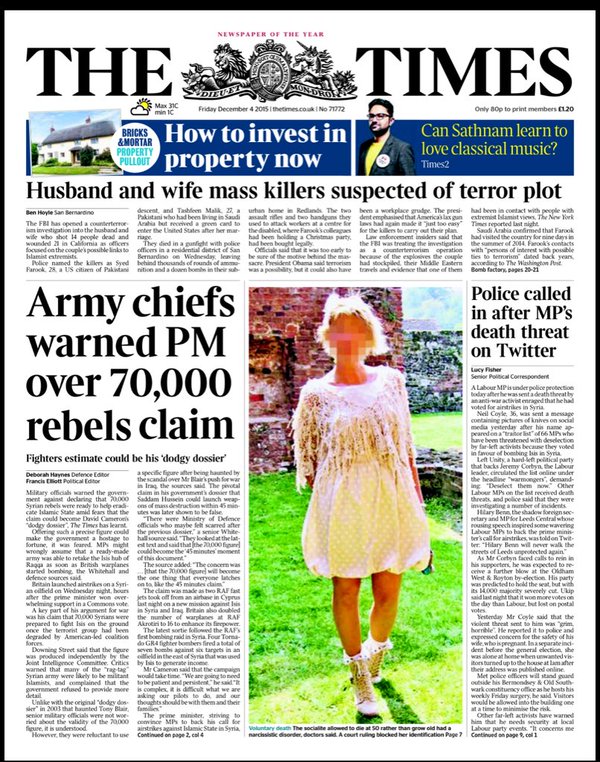 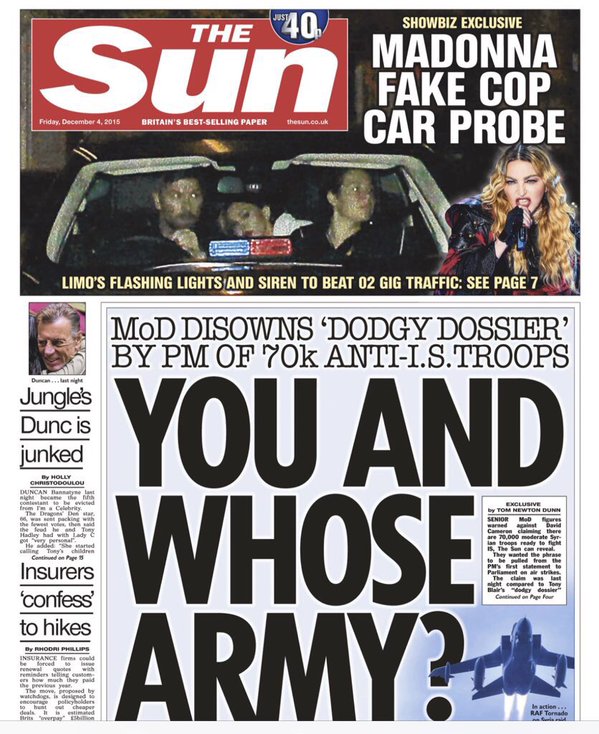 As I constantly point out, this is not just a blog of commentary. It is a source of news the mainstream media does not choose to print (or chooses to delay).

On 26 November I published:

There is a very interesting parallel here with the claims over Iraqi WMD. The 70,000 figure has again been approved by the Joint Intelligence Committee, with a strong push from MI6. But exactly as with Iraqi WMD, there were strong objections from the less “political” Defence Intelligence, and caveats inserted. As the Head of Defence Intelligence, Major-General Michael Laurie, told the Chilcot Inquiry:

“we could find no evidence of planes, missiles or equipment that related to weapons of mass destruction (WMD). It was clear to me that pressure was being applied to the Joint Intelligence Committee and its drafters. Every fact was managed to make the dossier as strong as possible. The final statements in the dossier reached beyond the conclusions intelligence assessments would normally draw from such facts.”

The truth is the military tends to be much more honest about these matters than the spooks. Rather than make the same mistake again, parliamentarians should be calling Laurie’s successor, Air Marshal Philip Osborn, to ask him the truth about the nature, composition and availability of the 70,000. I happen to know that signals of dissent from Osborn’s staff – quite probably with his blessing – are reaching not just me, but many Tory MPs.

56 thoughts on “Murdoch Trails Behind Murray”