I have often pointed to Melanie Phillips to illustrate the fact that while left wing radical thought is excluded from mainstream media, you can be as completely mad, raving off the wall right wing as you wish, and yet still get invited onto every BBC panel or discussion series in existence. She still justifies the Iraq War. She thought Saddam did indeed have those WMDs and they were hidden in secret underground chambers underneath the Euphrates.

Less harmlessly, Phillips employs hate speech and was praised by Anders Breivik. Sweeping anti-Muslim Phrases such as “the Islamic enemies of civilisation” come easily to her. I was appalled by this particular example of Phillips’ hate speech four years ago. You can see how Breivik found her inspiring:

Romney lost because, like Britain’s Conservative Party, the Republicans just don’t understand that America and the west are being consumed by a culture war. In their cowardice and moral confusion, they all attempt to appease the enemies within. And from without, the Islamic enemies of civilisation stand poised to occupy the void.
With the re-election of Obama, America now threatens to lead the west into a terrifying darkness.

I called this out at the time as incitement to religious hatred. Interestingly enough it has now disappeared from Phillips’ own website: http://melaniephillips.com/america-goes-into-the-darkness. But you can’t hide your disgrace on the internet.

Today Phillips spreads the hatred still wider by telling us the Scots and the Irish are not real nations. Only Britain is an authentic nation (behind the Times paywall). Scottish nationalism, she states, is based purely on romance and a hatred of the English. As for Ireland: 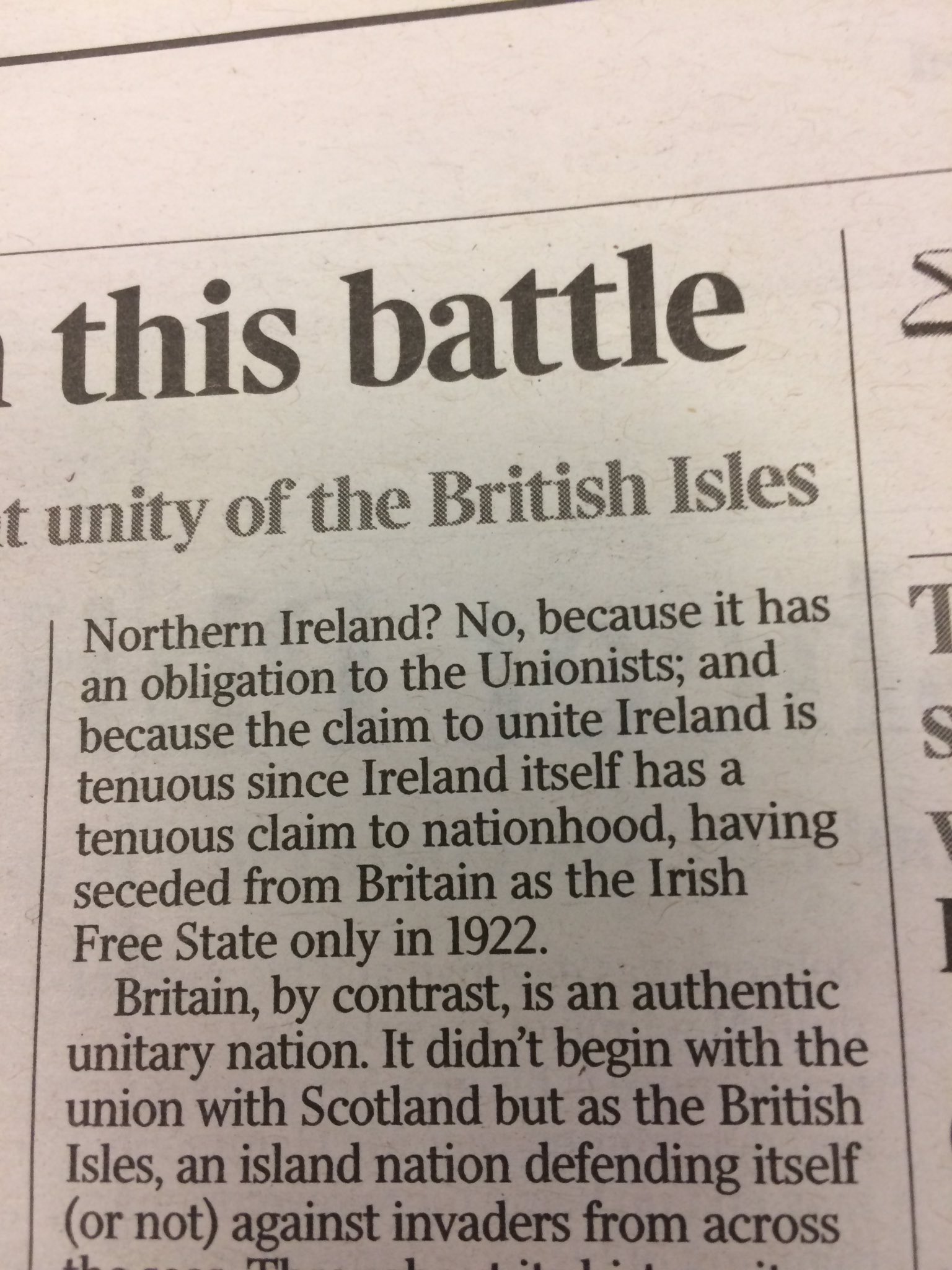 The truth is that a large majority of the states in the world achieved independence after 1922. Even if you pretend an Irish nation did not exist until 1922, that still makes it one of the world’s older states. In fact of course Ireland, like most other states, re-emerged into independence following colonial dominance. Nationality is a human construct, not a fact of physics or geography – there never was a state before colonialism with the precise boundaries of India or Nigeria or almost any post-colonial state you can name. But there were autonomous peoples. And very few would describe them as not a nation now.

Even old states change their boundaries from time to time. Norman Davies has a beautiful phrase about Poland emerging again and again into statehood through the mists of history, but never in the same place twice. Yet despite radical boundary changes and having had political autonomy for only 50 of the last 250 years, nobody doubts Poland is a nation state. Nobody doubts Ireland is a nation state either, except Mad Mel. As for Scotland, not only was it a full nation state for hundreds of years until it entered into a voluntary union, it is possible to trace distinct political and cultural expressions of popular nationhood.

Phillips’ hate-filled opinions would be her own affair, were she not given such powerful platforms from which to expound them. I return to where I started. Phillips is evidence you cannot be too right wing for a media platform in the UK, even if you propound actual religious hate. By comparison, nobody as left wing as Phillips is right would ever be given airtime on the BBC or a column in The Times.

802 thoughts on “Why is Melanie Phillips Mainstream Acceptable?”