Like many, my first thought at the interview of Boshirov and Petrov – which apparently are indeed their names – is that they were very unconvincing. The interview itself seemed to be set up around a cramped table with a poor camera and lighting, and the interviewer seemed pretty hopeless at asking probing questions that would shed any real light.

I had in fact decided that their story was highly improbable, until I started seeing the storm of twitter posting, much of it from mainstream media journalists, which stated that individual things were impossible which were, in fact, not impossible at all.

The first and most obvious regards the weather on 3 and 4 March. It is in fact absolutely true that, if the two had gone down to Salisbury on 3 March with the intention of going to Stonehenge, they would have been unable to get there because of the snow. It is therefore perfectly possible that they went back the next day to try again; and public transport out of Salisbury was still severely disrupted, and many roads closed, on 4 March. Proof of this is not at all difficult to find. 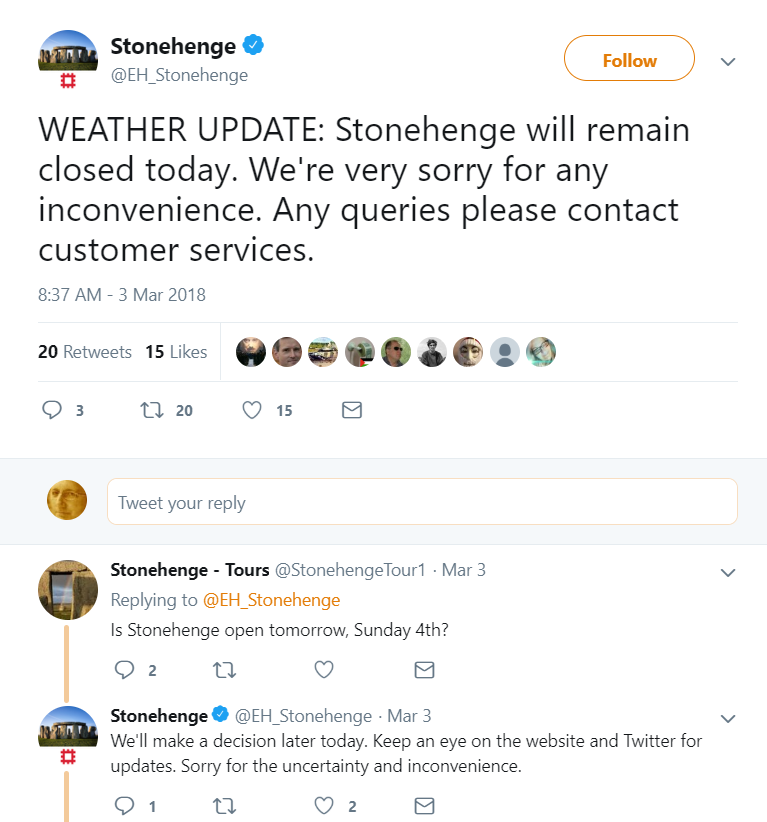 This image is from the Salisbury Journal’s liveblog on 4 March. 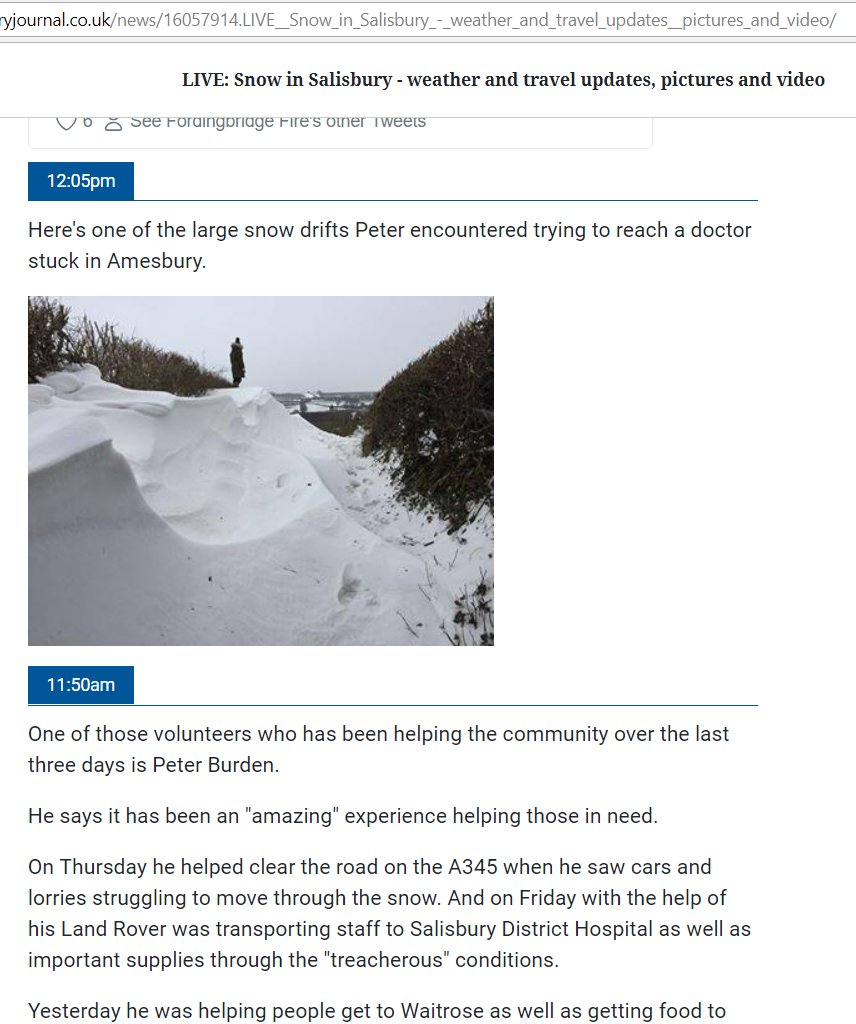 Those mocking the idea that the pair were blocked by snow from visiting Stonehenge have pointed to the CCTV footage of central Salisbury not showing snow on the afternoon of 4 March. Well, that is central Salisbury, it had of course been salted and cleared. Outside there were drifts.

So that part of their story in fact turns out not to be implausible as social media is making out; in fact it fits precisely with the actual facts.

The second part of their story that has brought ridicule is the notion that two Russians would fly to the UK for the weekend and try to visit Salisbury. This ridicule has been very strange to me. Weekend breaks – arrive on Friday and return on Sunday – are a standard part of the holiday industry. Why is it apparently unthinkable that Russians fly on weekend breaks as well as British people?

Even more strange is the idea that it is wildly improbable for Russian visitors to wish to visit Salisbury cathedral and Stonehenge. Salisbury Cathedral is one of the most breathtaking achievements of Norman architecture, one of the great cathedrals of Europe. It attracts a great many foreign visitors. Stonehenge is world famous and a world heritage site. I went on holiday this year and visited Wurzburg to see the Bishop’s Palace, and then the winery cooperative at Sommerach. Because somebody does not choose to spend their leisure time on a beach in Benidorm does not make them a killer. Lots of people go to Salisbury Cathedral. 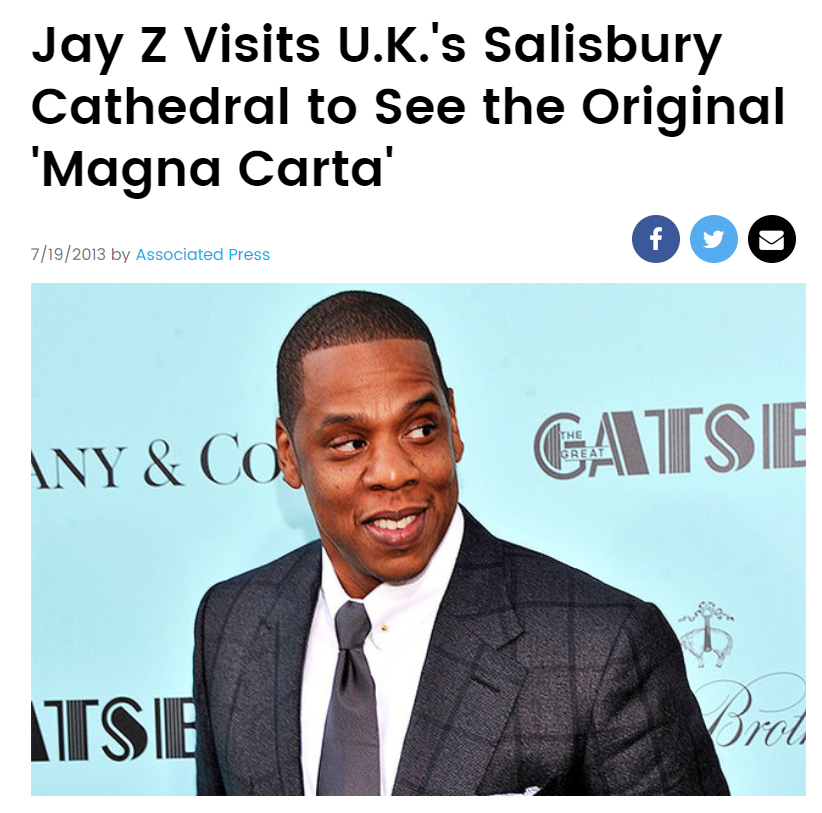 There seems to be a racist motif here – Russians cannot possibly have intellectual or historical interests, or afford weekend breaks.

The greater mystery about these two is, if they did visit the Skripal House and paint Novichok on the doorknob, why did they afterwards walk straight past the railway station again and head into Salisbury city centre, where they were caught window shopping in a coin and souvenir shop with apparently not a care in the world, before eventually returning to the train station? It seems a very strange attitude to a getaway after an attempted murder. In truth their demeanour throughout the photographs is consistent with their tourism story.

The Russians have so far presented this pair in a very unconvincing light. But on investigation, the elements of their story which are claimed to be wildly improbable are not inconsistent with the facts.

There remains the much larger question of the timing.

The Metropolitan Police state that Boshirov and Petrov did not arrive in Salisbury until 11.48 on the day of the poisoning. That means that they could not have applied a nerve agent to the Skripals’ doorknob before noon at the earliest. But there has never been any indication that the Skripals returned to their home after noon on Sunday 4 March. If they did so, they and/or their car somehow avoided all CCTV cameras. Remember they were caught by three CCTV cameras on leaving, and Borishov and Petrov were caught frequently on CCTV on arriving.

The Skripals were next seen on CCTV at 13.30, driving down Devizes road. After that their movements were clearly witnessed or recorded until their admission to hospital.

So even if the Skripals made an “invisible” trip home before being seen on Devizes Road, that means the very latest they could have touched the doorknob is 13.15. The longest possible gap between the novichok being placed on the doorknob and the Skripals touching it would have been one hour and 15 minutes. Do you recall all those “experts” leaping in to tell us that the “ten times deadlier than VX” nerve agent was not fatal because it had degraded overnight on the doorknob? Well that cannot be true. The time between application and contact was between a minute and (at most) just over an hour on this new timeline.

In general it is worth observing that the Skripals, and poor Dawn Sturgess and Charlie Rowley, all managed to achieve almost complete CCTV invisibility in their widespread movements around Salisbury at the key times, while in contrast “Petrov and Boshirov” managed to be frequently caught in high quality all the time during their brief visit.

This is especially remarkable in the case of the Skripals’ location around noon on 4 March. The government can only maintain that they returned home at this time, as they insist they got the nerve agent from the doorknob. But why was their car so frequently caught on CCTV leaving, but not at all returning? It appears very much more probable that they came into contact with the nerve agent somewhere else, while they were out.

I shall write a further post on these timing questions shortly.

1,067 thoughts on “The Strange Russian Alibi”