Skip to content
Home » Uncategorized » I Need A Craig Murray

URGENT: The access code to listen live to this morning’s hearing is now published on the court website. https://www.scotcourts.gov.uk/coming-to-court/public-access-to-a-virtual-hearing Last night my lawyers told me that the hearing had been moved forward to 09.45 from 10.00, but that is not reflected on the court website at the minute.

I tried to do a public service in making available to everybody key facts from the Julian Assange extradition hearing and the Alex Salmond trial, which revealed a picture very different from that portrayed in the mainstream media. I find myself wishing now I had somebody to perform the same service for me.

I am particularly constrained about what I can say in my own case. The last week has been incredibly hectic, with our reply to the Crown’s submissions (written arguments) due in last Thursday, and our responses to the Crown’s amendments in view of our responses, due in today. I previously published the indictment, called the “petition”; the written arguments are called the “submissions”. I cannot publish these at present but I think I can publish this brief extract from the Crown’s submissions, paras 48 to 50. They are slightly edited, on legal advice, to remove even the remotest possibility that the Crown might claim that in some esoteric way they could lead to the identification of witnesses [you should see the rest of the rubbish in the Crown’s submissions!], and I publish with little comment but they are followed by some not irrelevant images of publications that are not being prosecuted for potentially influencing the jury. I can think of no reason you cannot comment, but please say nothing that might in any way reference specifically anybody with a protected identity.

Extract from the Submission of the Crown:

48. … The characters talk about how they can fabricate allegations of sexual offending against a previous minister, including attempted rape, in order to destroy his reputation. The script suggests that there was never any such offending and despite a large team of police working on the investigation for months, they did not find any evidence of serious offending. The characters suggest that more women from their organisation should be found to fabricate allegations against the former minister and that the criminal investigation has been orchestrated by the minister and his or her colleagues.

49. It is respectfully submitted that there are undeniable and crucial similarities with the prosecution of Alex Salmond and his readers note this in the attached comments section (production 2). The Respondent has not explicitly named Alexander Salmond … but the Website hosts comments attached to the article which do name him in connection with the content. The tenor of the article is that Alex Salmond has been the victim of a false campaign, motivated by political gain and that all of the criminal allegations against him have been concocted by members of government in order to damage his reputation.

50. It is respectfully submitted that such commentary from the Respondent … meet the test set out in the 1981 act. These articles carry a severely prejudicial risk to the course of justice. Should any potential jurors have read these articles, there is the clear implication that the witnesses are lying and the criminal investigation is at best, flawed or at worst, corrupt. Any potential jurors exposed to such material carry the risk of being prejudiced against the witnesses prior to hearing their evidence.

My personal blog. Influenced the jury. I am facing jail for that. 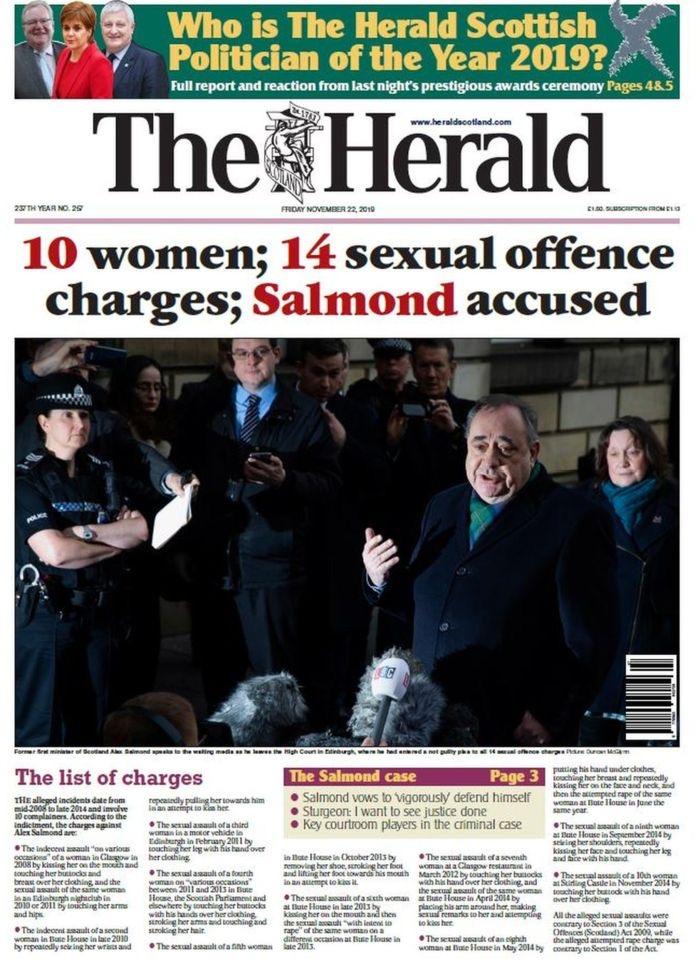 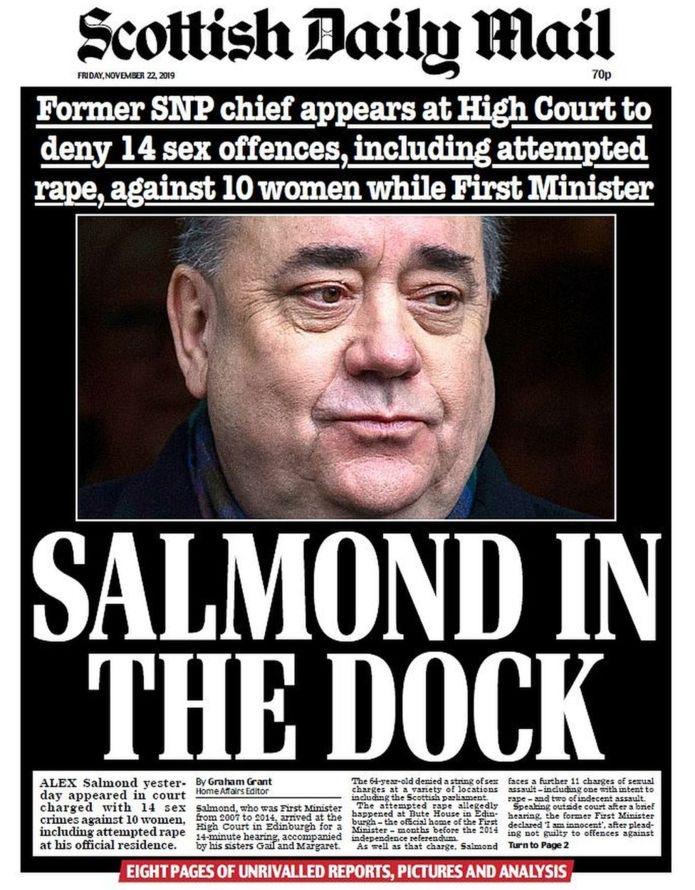 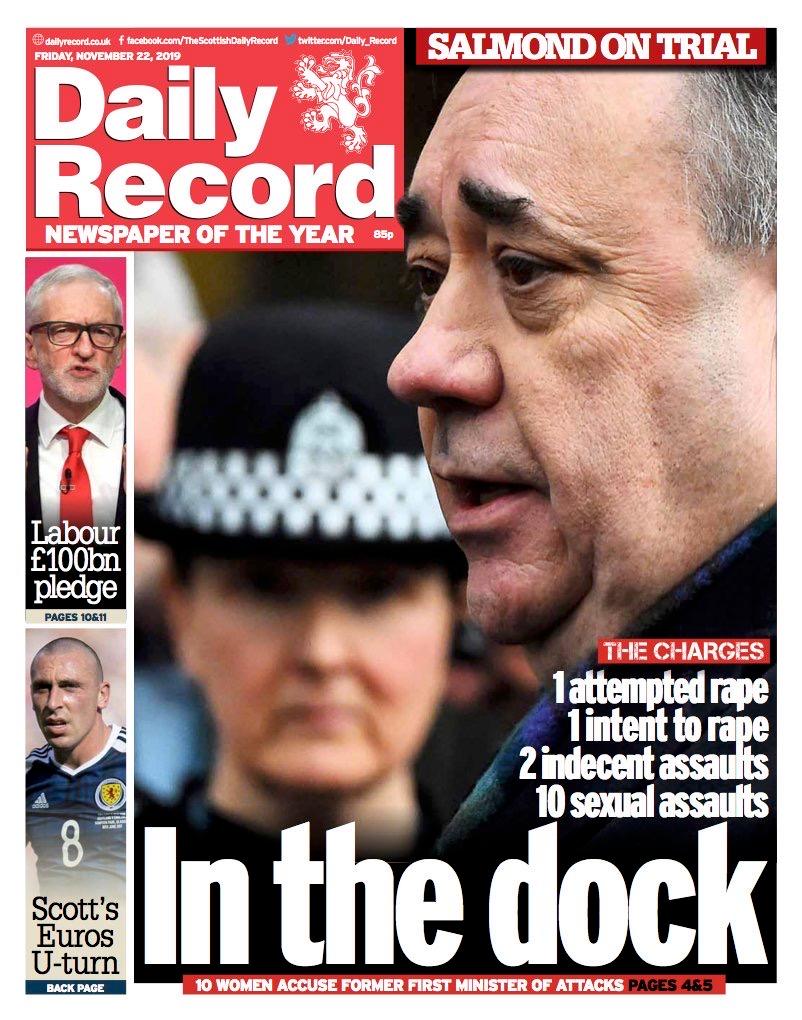 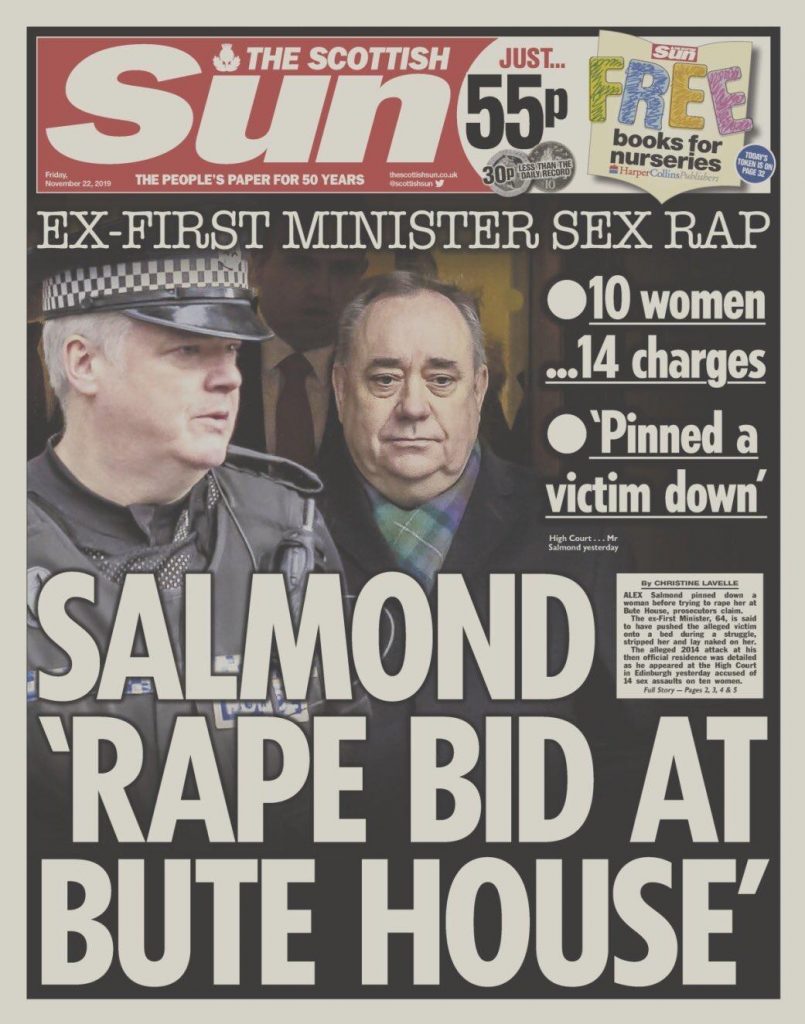 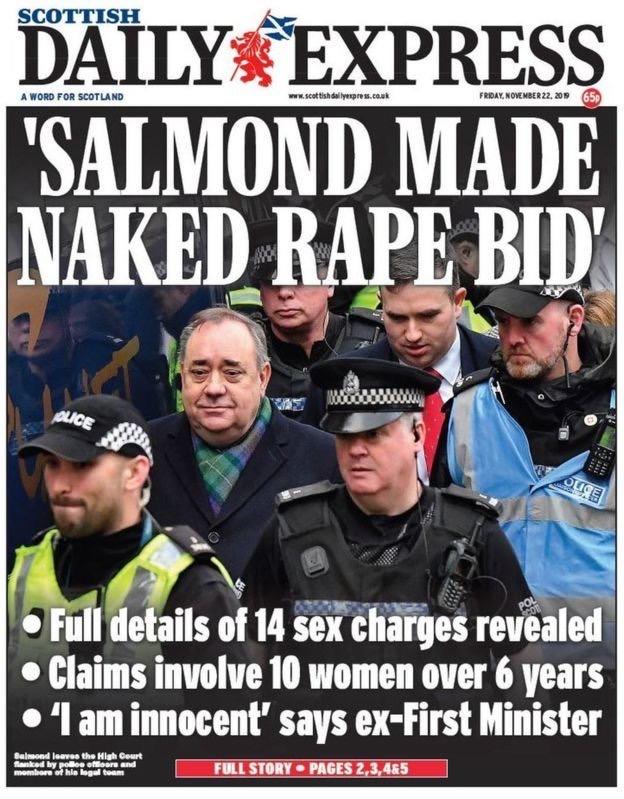 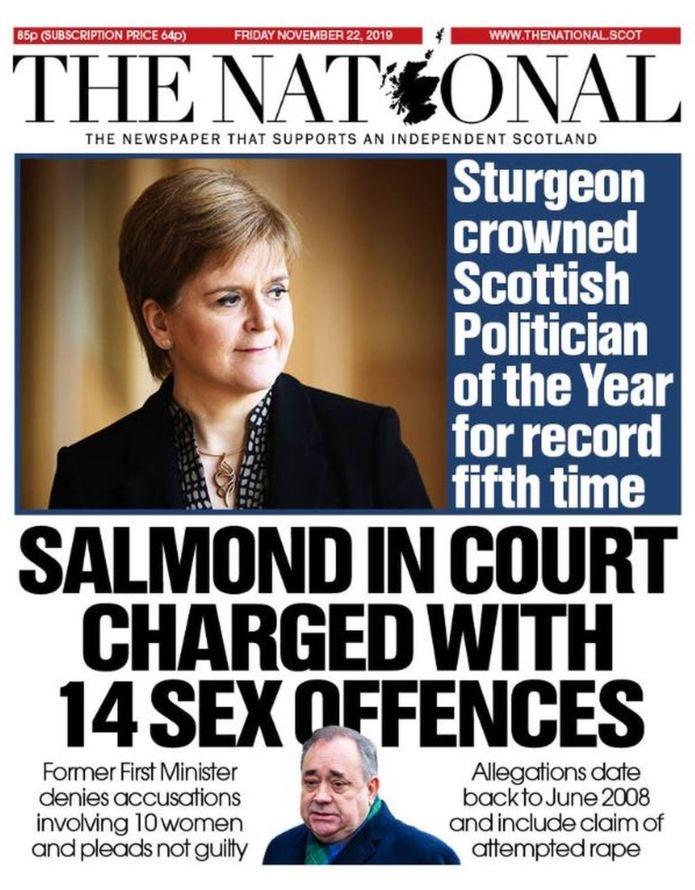 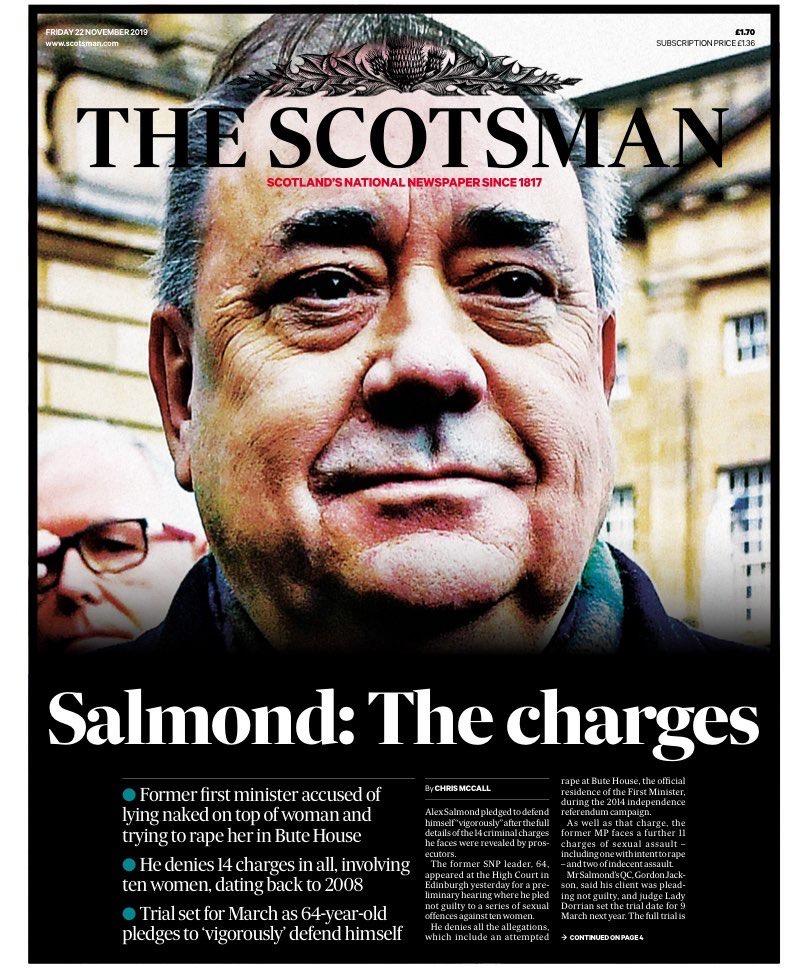 Tomorrow’s (Tuesday 7 July) hearing is at 10am. It will again be a procedural one dealing with management of the case, but again I should be very grateful indeed if any of you are able to listen in and follow the process, as matters vital to the course of the case are often determined in these procedural hearings.

You will be able to access the case via the link given at the bottom of this page. https://www.scotcourts.gov.uk/coming-to-court/public-access-to-a-virtual-hearing
The password for the case should be posted on that page on Tuesday morning.

Finally, again I do apologise that I am finding it very difficult to keep up regular blog posts on other subjects while this case against me is in train.