Scotland must be a fully functioning independent nation in two to three years. We need to start now to understand and plan for the physical infrastructure of governance a modern state needs. Just one of the vast gaps at present is the ability for an independent state to interact with other states; that is, after all, what defines the very being of a state. Scotland will need its own foreign ministry. In short time. 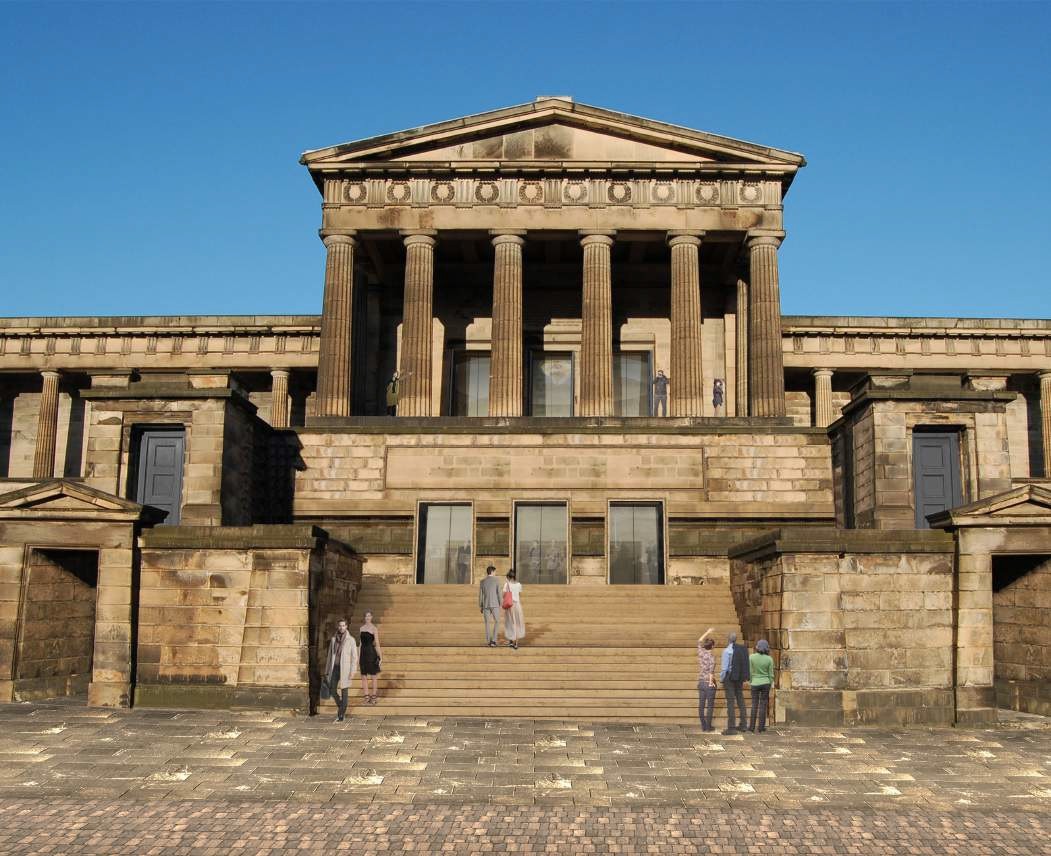 That foreign ministry will need to be physically somewhere in the capital. It needs to be a prestige location that can host visiting foreign ministers and delegations and top level international meetings. The answer is staring us in the face in the old Edinburgh Royal High School, a truly magnificent though sadly neglected building.

Edinburgh Council has just taken the lease back from the prospective developers of yet another luxury hotel in the centre of Edisneyburgh, a name I use for the hollowed out tourist attraction which the centre of Edinburgh is fast becoming (Jenners is now to be yet another luxury hotel). There is a consultation in play on the future of the Royal High School. What worries me is that I have not seen a single element of that consultation that factors in the coming urgent question of the needs of Edinburgh as the capital of an independent state, nor have I ever seen any indication that Edinburgh Council or the Scottish Government have ever given the matter serious thought.

I have even seen it suggested that Independent Scotland will not need a foreign ministry, nor a defence ministry, because in these areas it can continue to cooperate with the British state. I should hope that I could forever destroy the argument for an Independent Scotland aligning with UK foreign policy in just nine words. I shall try:

We simply cannot align ourselves with the butcher’s apron abroad. Quite simply, that would be to sacrifice a key attribute of a nation state. It would not be Independence. The immorality of UK foreign policy is a key motive for many Scots to want independence in the first place, myself included.

The UK Treasury admits that it receives (pre-covid) approximately £30 billion per year more in revenue from Scotland than is given back to the Scottish Government in block grant. In fact, numerous accounting tricks make that £30 billion an underestimate, but let us go with it for now. That money is spent on our behalf by Westminster, on reserved matters like Defence (including Trident), the Foreign Office, the Treasury, Immigration and Nationality, certain benefits and social services, and projects of UK strategic value, like (ahem) London’s crossrail, HS2 and the refurbishment of the Palace of Westminster.

After Independence, none of that £30 billion (in reality it will prove to be well more) will go down to London. All of it will be spent through Scotland, and the large majority of it will finally be spent in Scotland. That will of itself be a major economic boost, but for the purposes of this article I am concerned with the administration of that expenditure, all of which administration will on Independence be moved up from London to Scotland.

Recruitment should not be a big problem as many Scottish civil servants will be very happy to repatriate from the UK civil service. I do however caution against an automatic right for senior civil servants to transfer as many will have been steeped in neoliberal doctrine. Almost certainly, as with Ireland, London will have to grant a residual right to Scots to continue in London service, as much would simply collapse without them.

But we have to think where we can physically put all these civil servants. The truth is – and I know it is unpopular when I say this – the current Scottish Government is really only a glorified regional council, set up to placate a nation, and is extremely far from the scale of operation needed to run an actual independent state.

Just as there are those who think we should just continue to follow the UK Foreign Office, there are those who seem to think that bunging a few extra desks into St Andrews House will solve the problem. There has not been enough planning for the sheer scale of what is needed to administer a real nation state. Most European countries of Scotland’s size will have 20 to 25 separate ministries.

Here is a little illustration. The Scottish Government’s civil service only has one Permanent Secretary, and perfectly bluntly she would never have made it to five grades lower than that in the Foreign and Commonwealth Office or the Treasury. After independence Scotland will need at least 20 proper permanent secretaries of high quality.

There are however 24,500 UK civil servants based in Scotland who work for the UK government. Many of these will simply be able to be transferred in – the very large majority of them (17,200) being from the Inland Revenue, and Revenue and Customs. But do not think this solves Scotland’s problems. There is a large difference between processing tax returns and running a state’s macro-economic policy, and the very large majority of all the UK civil servants employed in Scotland are non-policy staff.

The policy apparatus of central ministries aside, there is a useful legacy of physical government infrastructure currently housing these UK civil servants, much of it helpfully outside Edinburgh. Immigration and Nationality will have a good base in Glasgow for example and can expand into spare space in the overseas development administration in East Kilbride, which is larger than Scotland will need. But for reasons of democratic accountability the policy headquarters of these ministries, with their ministers – a whole new layer of Administration in Scotland – will have to be near parliament and the seat of government.

Speaking of parliament, I am convinced that Scotland will need after Independence far more by way of checks and balances on its executive, not least of which should be a bicameral parliament. That second chamber too will need to be accommodated somewhere, with its staff.

The new UK government buildings near Waverley station will provide a little of the answer to all of this, but will by no means be enough. Is there a masterplan for what ministry will go where, into what buildings – or even what the ministries will be? I hope you understand now why it is essential to commandeer the old Royal High School, and start to earmark other buildings in the capital.

To return to the question of external affairs, I hope in general we will avoid UK nomenclature for ministries. Ministry of External Affairs has a less pejorative tone than “Foreign Office”. I would tend to make it “Ministry of External and European Affairs”, to make plain Scotland views Europe differently. I also hope we will follow Ireland in eschewing the Imperial relic of the Commonwealth, and unlike the British Tories we will have a separate ministry for development aid.

As a state it is essential to interact with foreign states, and to do that, we must have Embassies abroad. Scotland will need Embassies in all European states, in major countries outside Europe including in the developing world, and in all fellow major oil-producing states. Ireland has 57 Embassies abroad, Denmark 71, Portugal 75 and Sweden 80. I suspect Scotland needs about 75.

In addition there are consulates, which will provide assistance to Scottish businesses and individuals abroad, and often issue visas, but do not handle political relations. If you need assistance in Los Angeles an Embassy in Washington is little use, for example. Ireland has 109 consulates and Portugal 250.

This is not at all as expensive as it seems. The UK has a major owned property estate abroad, much of it belonging to the Foreign and Commonwealth Office, and some of it literally palatial. An Independent Scotland will be entitled to 10% of that estate. Some of that will be able to be used directly to provide the offices and accommodation we will need, while some might be sold to provide funds for suitable premises.

To return to Edinburgh, I would expect at least 80 Embassies to set up in the Scottish capital, and possibly a good few more. Apart from the Europeans and major players, it is a fact of life that countries always like to open Embassies in really nice places for diplomats to live. There are over 1,000 foreign diplomats accredited to Sweden, of whom 667 are actually resident in Stockholm, the rest visiting. There will be a similar number of non-diplomatic Embassy staff. Edinburgh will need offices for at least 80 Embassies, some of them fairly large. While it is not up to the Scottish government to provide the premises, the demand will be significant.

Some 800 foreign diplomats with their families will substantially impact the higher end Edinburgh property market. That is aside from the much larger problem of housing perhaps 10,000 new Scottish Government civil servants in the capital.

These are excellent problems to have, and solving them will provide a major macro-economic boost to Scotland. But if the Scottish Government is serious about moving to genuine Independence within a short timescale, much more work needs to be underway on preparing Edinburgh to be a real capital once again.

If you want to campaign to bring about that Independent Scotland without delay, consider joining Now Scotland.