‘Murray’s book is a terrific read. He has done full justice to the life of a remarkable British hero, without ignoring his faults’ — Peter Oborne, Daily Mail

‘An important re-evaluation of this most intriguing figure’ — William Dalrymple

‘This is a fascinating book … his research has been prodigious, both in libraries and on foot. He knows a huge amount about Burnes’s life and work’ —Allan Massie, The Scotsman

‘If you are a fan of the Flashman series of books, you will be gripped by the story of this British spy’ —Hannah Ferret, The Sun

Also available as an ebook on Kindle.

Free worldwide delivery is available if you buy from the Book Depository.

Signed First Editions are now available direct from this blog! You can leave a message naming the dedication you want. Sold at cover price of £25 including p&p for UK delivery, £29 for European delivery or £34 everywhere else. Ideal Christmas presents!!

Support local bookstores! This option is a good ethical choice and generally gives a good price.

Google offer an electronic download option which comes with a very substantial free sample of the first 9 chapters to try if you are interested.

This is an astonishing true tale of espionage, journeys in disguise, secret messages, double agents, assassinations and sexual intrigue. Alexander Burnes was one of the most accomplished spies Britain ever produced and the main antagonist of the Great Game as Britain strove with Russia for control of Central Asia and the routes to the Raj. There are many lessons for the present day in this tale of the folly of invading Afghanistan and Anglo-Russian tensions in the Caucasus. Murray’s meticulous study has unearthed original manuscripts from Montrose to Mumbai to put together a detailed study of how British secret agents operated in India. The story of Burnes’ life has a cast of extraordinary figures, including Queen Victoria, King William IV, Earl Grey, Benjamin Disraeli, Lola Montez, John Stuart Mill and Karl Marx. Among the unexpected discoveries are that Alexander and his brother James invented the myths about the Knights Templars and Scottish Freemasons which are the foundation of the Da Vinci Code; and that the most famous nineteenth-century scholar of Afghanistan was a double agent for Russia. 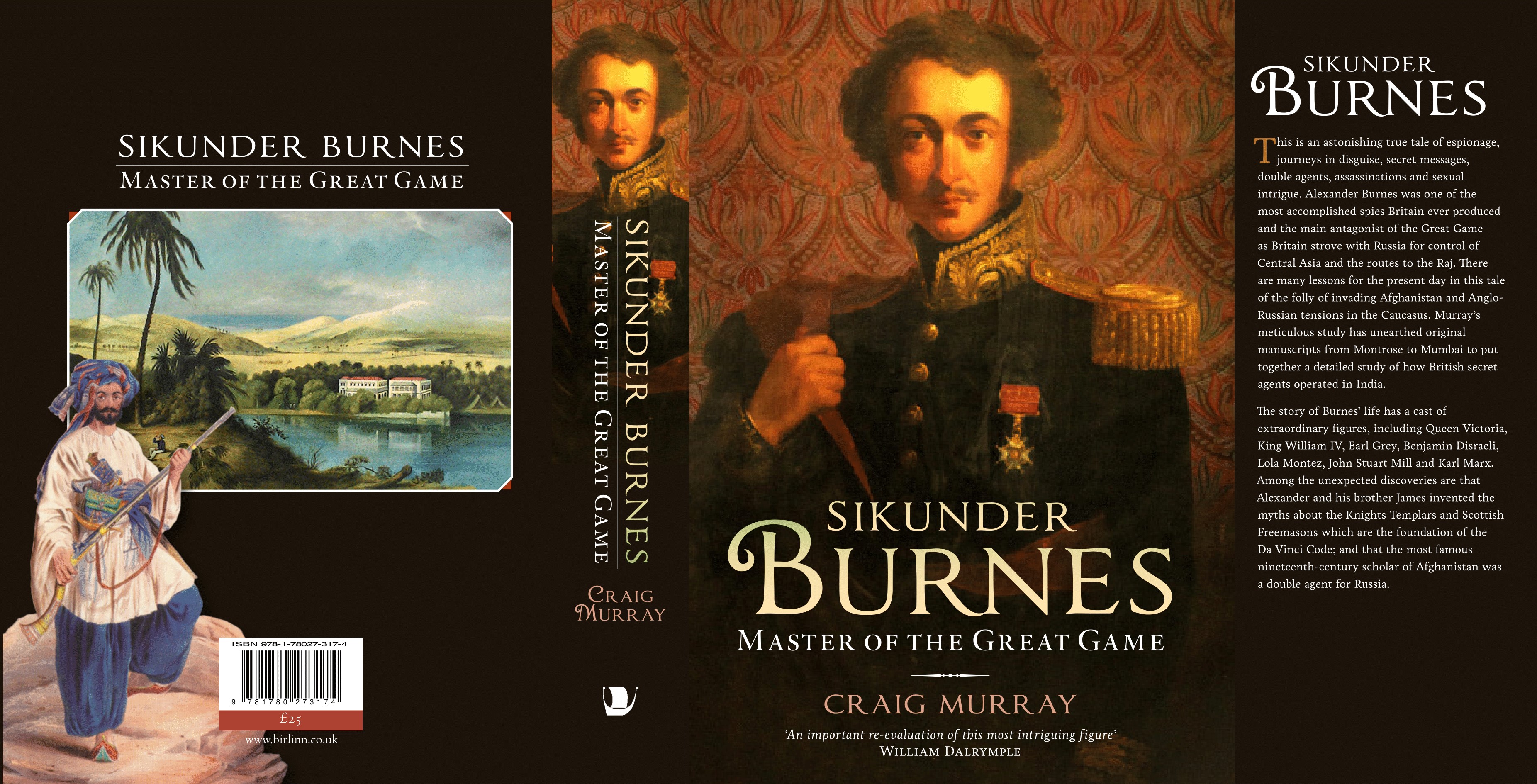 One thought on “Buy Sikunder Burnes Master of the Great Game”