I shall again be running the bar – the Whistleblower’s Arms – at the Doune the Rabbit Hole Festival from 22 to 24 August at Cardross, Port of Menteith.

I find this festival, which is very much a lifestyle event and features mostly new talent, an extremely life-affirming experience. Last year it brought me back from a very dark place. Some of this blogs most active commenters and helpers have been among the volunteers over the last couple of years, keeping the event going. Personally for me the festival is necessarily centred around Williams Bros and Thistly Cross, but there is a tremendous variety of music: 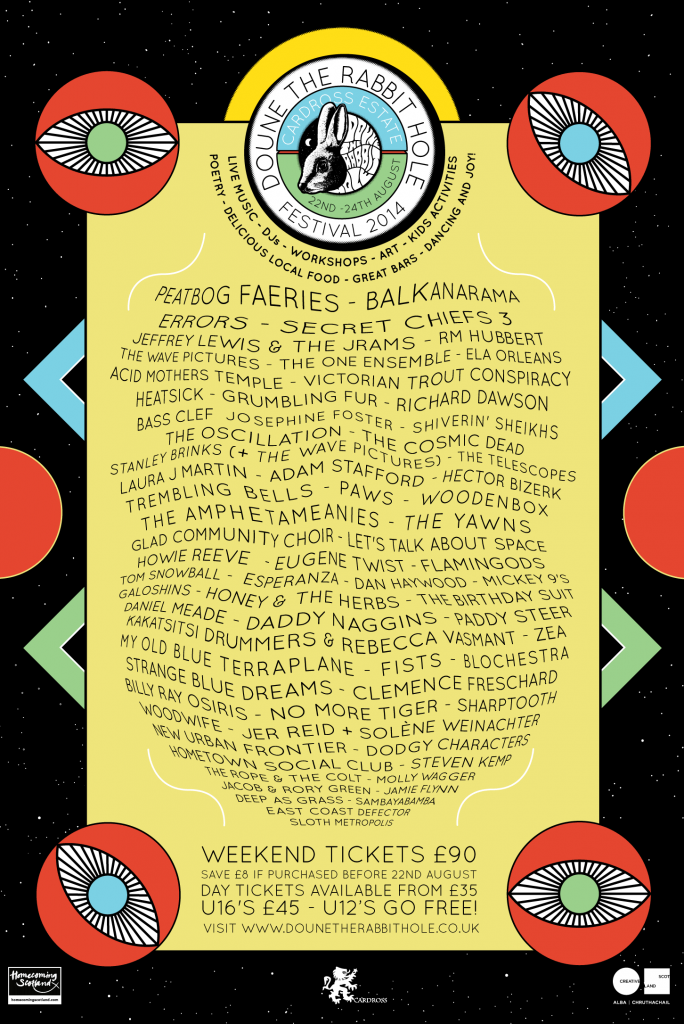 The event is very family friendly, and also an amazing place to meet new friends. It does not have any specific political orientation, but I might fairly say that the vibe is very much in line with the kind of unconstrained intellectual space promoted on this blog. On top of which Cardross is an extraordinarily beautiful place. The variety of local food on site, ranging from vegan to game, is one of the things I really enjoyed. It is a not for profit event and nobody gets a salary.

Tickets are not expensive by festival standards, and certainly cheaper than a weekend break in a hotel. But there is also the alternative of working your passage – the festival still needs plenty of volunteers.

I am genuinely looking forward to it enormously. Hope to see you there.

450 thoughts on “Doune The Rabbit Hole”