Saudi billionaire Sheikh Walid Juffali is a strong contender for most sleazy man in the world. 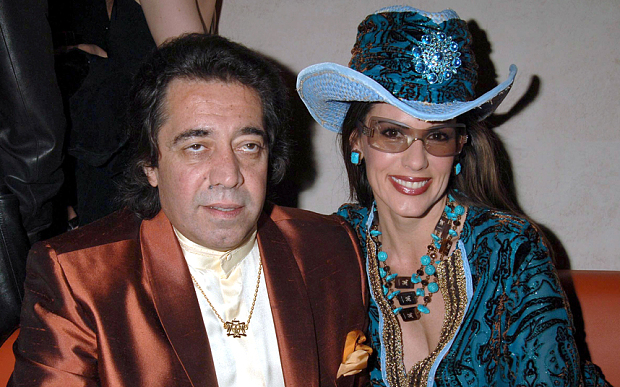 His second wife, Christina Estrada, a Pirelli calendar model, is divorcing him because he married (concurrently) a third wife, a Lebanese supermodel. Divorce in the UK is potentially expensive to billionaires. In September 2014 Juffali therefore acquired diplomatic immunity in the UK by becoming – wait for it – the Ambassador of the Caribbean island of St Lucia to the International Maritime Organisation, a UN agency located next to Lambeth Palace.

As Juffali has no connection to St Lucia or to international maritime affairs, the High Court in London ruled that the appointment was a “transparent subterfuge” and that Juffali does not have diplomatic immunity. This incensed Philip Hammond who argued that the courts have no right to question his “actions under the Royal Prerogative”. He added that the High Court

“erred in concluding that it was necessary (or permissible) for the court to ‘look behind’ the Foreign and Commonwealth Office certificate, which confirmed that [Juffali] had been appointed to the post of permanent representative of St. Lucia to the IMO and to consider whether (he) had taken up the post or exercised any functions in connection with it.”

It is absolutely disgusting that in the UK today a medieval claim that a monarch’s servants’ actions are above the courts, is used to defend a self-evidently corrupt and false arrangement on behalf of a member of the coterie of another corrupt medieval monarchy.

But there is a further important question here. Why on earth did the Foreign and Commonwealth Office grant accreditation to this obviously fake diplomat, and was Hammond involved in that decision?

St Lucia has to submit the name of its new Ambassador to the IMO for agreement by the Foreign and Commonwealth Office for the process known by its French name as “agrement”. I know the process well.

Officials in the FCO would, undoubtedly, have flagged up this appointment as fake and undesirable. I would rate the chance as less than 1% that an appointment which is so self-evidently a subterfuge to gain diplomatic immunity, would have been approved by the FCO without a direct ministerial instruction.

The Foreign and Commonwealth Office has intervened to support Juffali by submitting to the Court of Appeal a legal opinion that the Court has no right to question Hammond’s decision to grant immunity.

The Court should reply by insisting that the FCO produce the internal documents in which officials discuss Juffali’s fake appointment and put the question to Ministers, and on what grounds Hammond insisted Juffali be accepted. They should call Hammond as a witness to ask what contact there was between him or others and Juffali to discuss the appointment, and what contact with other Saudi royals and authorities on the subject, including by our Embassy in Saudi Arabia.

In facilitating this obvious subterfuge, Hammond has actually committed a crime. The crime is Malfeasance in Public Office.

If the United Kingdom were a democracy, the Court of Appeal would defy Hammond and the police would be investigating him.

I expect neither of those things to happen in Tory Britain.

192 thoughts on “Philip Hammond, the World’s Sleaziest Man and the Ultimate Corrupt and Undemocratic British State”