Skip to content
Home » Uncategorized » Thought is Dangerous to the USA 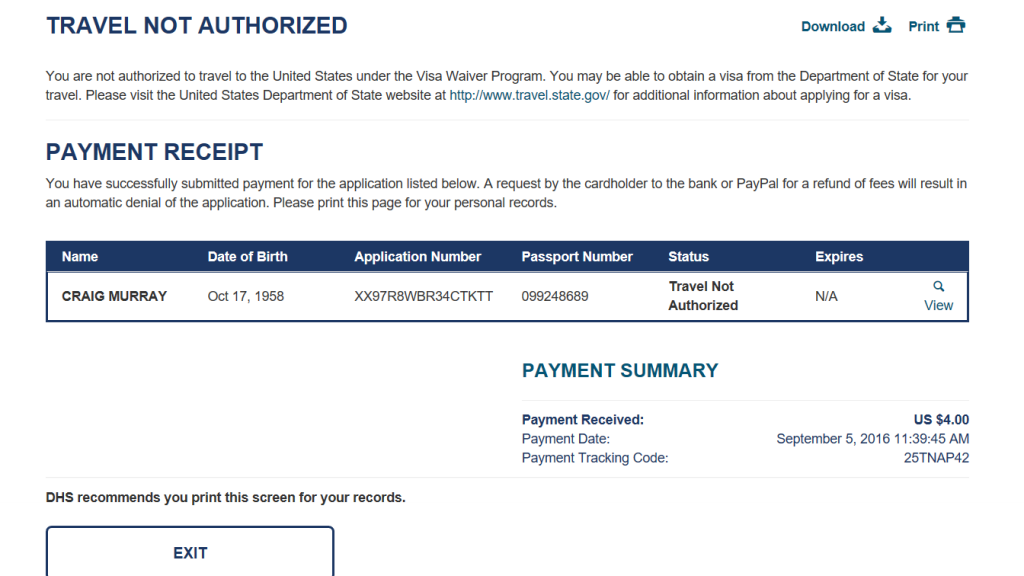 I shall apply for a visa via the State Department as suggested but I must be on a list to be refused under the ESTA system, and in any event it is most unlikely to be completed before the conference.

It is worth noting that despite the highly critical things I have published about Putin, about civil liberties in Russia and the annexation of the Crimea, I have never been refused entry to Russia. The only two countries that have ever refused me entry clearance are Uzbekistan and the USA. What does that tell you?

I have no criminal record, no connection to drugs or terrorism, have a return ticket, hotel booking and sufficient funds. I have a passport from a visa waiver country and have visited the USA frquently before during 38 years and never overstayed. The only possible grounds for this refusal of entry clearance are things I have written against neo-liberalism, attacks on civil liberties and neo-conservative foreign policy. People at the conference in Washington will now not be able to hear me speak.

Plainly ideas can be dangerous. So much for the land of the free!

203 thoughts on “Thought is Dangerous to the USA”