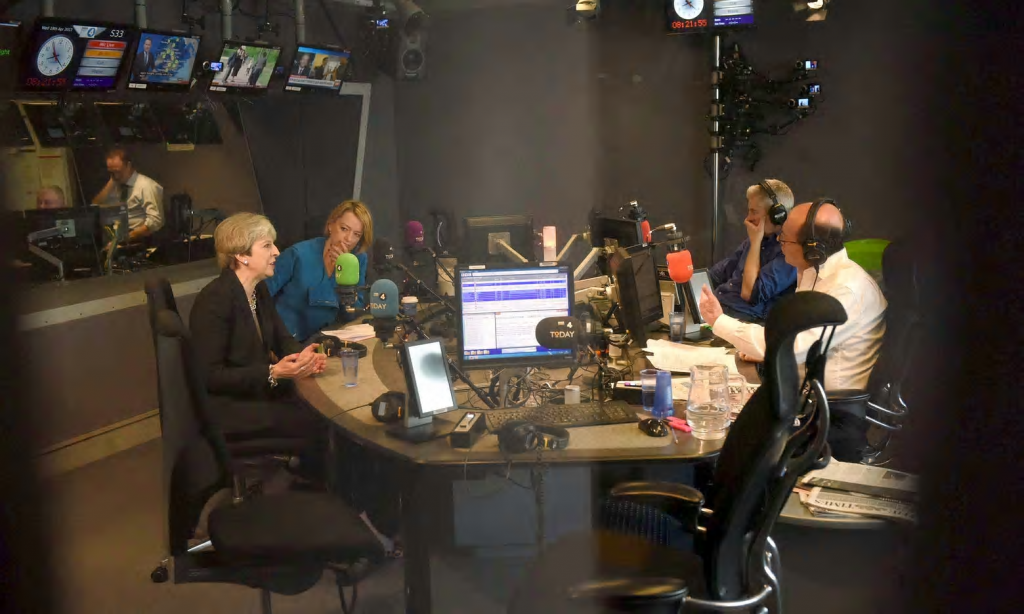 On 13 March I blogged “I can assure you the Tories are already considering how to avoid having Leaders’ Debates on television for the next general election. For Corbyn to be able to put a radical message directly to the public, and May’s deficiencies in debate to be so directly exposed, is something they will not want at all. May should be seen and not heard, is their motto.”

When I assure you of things, you should believe me. I do not use such language unless based on direct knowledge. Please revisit that entire article: I promise you it is worth reading.

In the quite extraordinary public politics of the terminal phase of the existence of the United Kingdom, the system of controlled democracy has reached its apotheosis. The media message has achieved a startling degree of unanimity. The Overton Window has become the Overton Slit.

This will be the most controlled general election ever. Never will the message have been so focussed, debate and alternatives have been so excluded. Attempts to query or challenge the Tory narrative will be ridiculed and marginalised.

Theresa May is simply not very bright, is hopeless in debate and has all the charisma of a rabid ferret. She will appear only when speaking from on high to an utterly deferential setting, as in yesterday’s general election announcement. The media’s election will consist of an unremitting barrage of propaganda continuing its xenophobic theme, based upon a few May set pieces. Expect softball interviews by Tory Kuenssberg and Nick Robinson, to give the impression of democratic challenge.

Nicola Sturgeon and yes, Jeremy Corbyn, would demolish May in debate. If any party other than the Tories was declining to take part in debate, the media would quite rightly attack them for it. Do not however expect any more than token remonstration from the broadcasters; they are far too complicit in the cottonwool packaging of May, and have too deep an investment in the Unionist project, to rock the boat. Indeed, the media will now seek to frame any debate between opposition leaders which does go ahead as a gathering of losers, a carnival of grotesques.

Any resemblance between this British general election and democracy is purely coincidental.