The sharp-eyed among you will have noticed that many of those forming the “audience” for Theresa May’s speech in Crathes looked even less enthusiastic than usual. 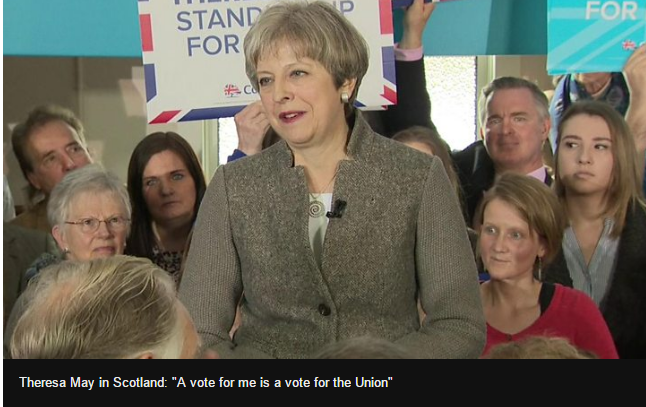 The real Tories are very obvious to spot. But when you look at the BBC video from which this picture is taken, you can see that the others not only do not look enthusiastic, they do not join in the clapping. Do not take my word for it, watch the video – the body language, apart from the obvious Tories, is more of hostages than supporters.

My contacts in Banchory tell me that this is because, in a weird Tory return to the 19th century, it was made clear to tenants of the Crathes estate that they were expected to turn out to support strong and stable leadership. The heir to the estate, in whose name the hall was booked, is Alexander Burnett, old Etonian and Tory MSP. Which century are we in?

The area, “Royal” Deeside, is a magnet for rich retirees from Surrey and had the highest UKIP vote in the Scottish EU elections. It is perhaps the only part of Scotland in which May could truly feel at home.

The popular theory among election advisers is that the electorate are stupid and do not pay attention to elections. There is therefore no point in trying to discuss detail or make any intellectual explanation of policy dilemmas. All the electorate will notice are simple slogans, which can be repeated infinitely because most voters don’t pay attention and will only hear them two or three times.

The Tories are testing this theory to destruction in this election. Shielding May from any “real” encounters, from any debate with opponents, and from any questions except a very few from picked right wing media, they intend to coast to victory. In Scotland this approach is so at odds with the active citizenship that was inculcated by the referendum campaign, I believe it will fail badly. We will see.

So what did May say in Crathes? Well, according to the Guardian

Which funnily enough is exactly what she told her supporters in Leeds at her last “meeting”. That was remarkable because, in one of the most ethnically diverse districts in the UK, she spoke to what looked exactly like a Broederbond gathering. 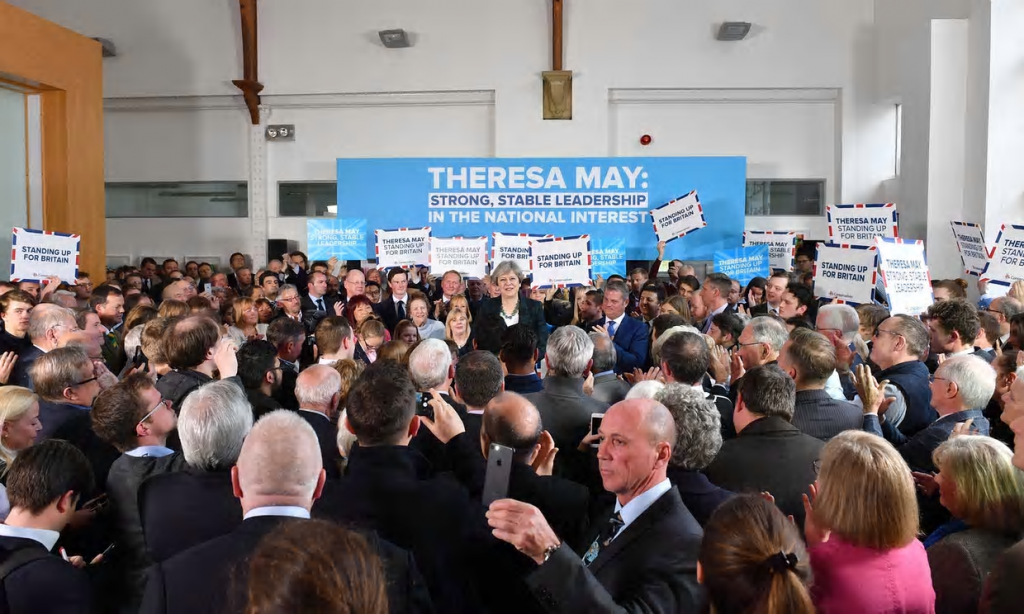 I was delighted that the Metro newspaper conducted a sober appraisal of my statement that Tory policies are identical in most important respects to the BNP manifesto of 2005, and found I was right. You might imagine that might cause May’s advisers at least to try to make her meetings not look like BNP gatherings. But evidently they have decided it is more important to continue to prioritise the racist vote. They are banking on it being all white on election night.

May meets nobody except ardent Tories or those in no position to argue – employees of companies in their workplace or tenants. It is appalling abuse of power.

May is simply refusing to participate in democracy – which involves candidates being open to question and debate. There is really little point in having an election of this kind. Which presumably explains this question being asked in YouGove’s current political poll.

It is all extraordinarily sad, and I suppose the saddest thing of all is media complicity in this non-election – of which the latest and dreadful example is STV’s decision to exclude the Green Party from the Scottish leadership debate.