Theresa May today chose to compare herself with Geoffrey Boycott. For once, she was being very accurate, especially when it comes to relationships with her own team. Boycott’s players hated him so much during his captaincy they actually ran him out on purpose during a test match. 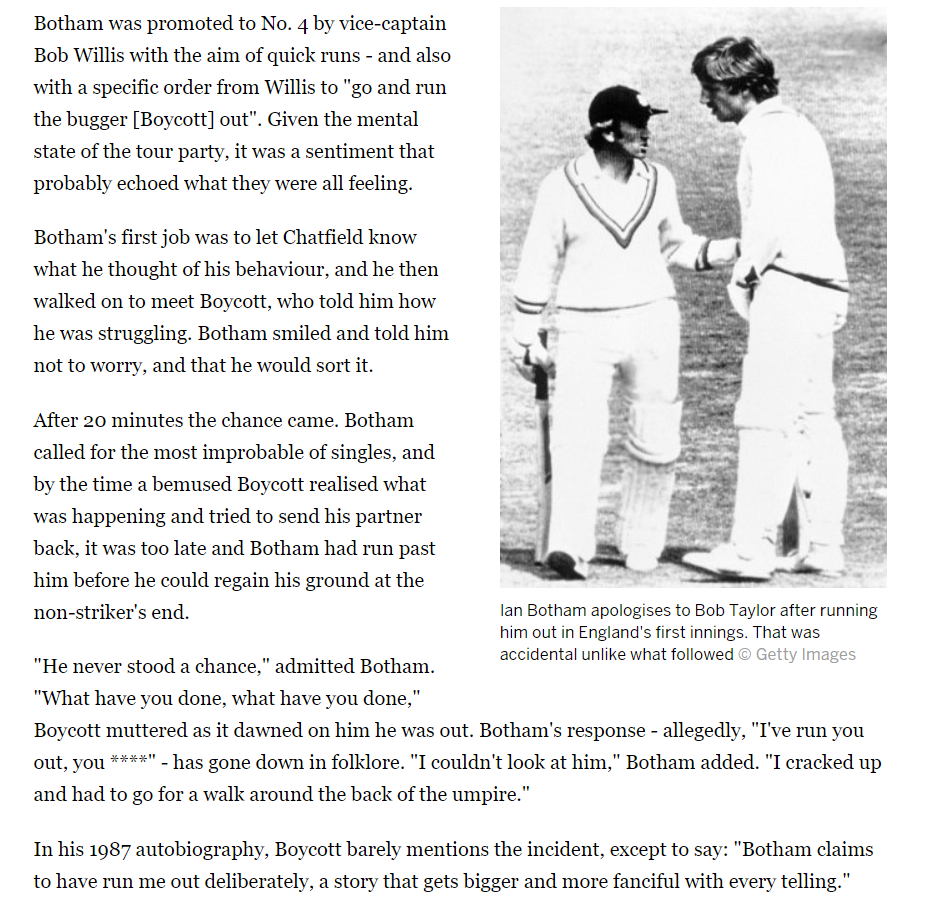 It is rather disconcerting to be watching the UK continue its disintegration in such spectacular fashion, from as far away as Ghana. I wonder whether events appear quite so ridiculous close up.

It is very unfortunate for British, and especially Scottish, fishermen that their political leaders are strange right wing bigots of a particularly repellent stamp. This blinds decent people to the truth that the fishing communities of the UK did suffer a dreadful historic injustice, on the same scale as Thatcher’s assault on the miners.

It is seldom remembered now that the UK’s initial entry to the European Communities was achieved against a background of traditional hostility from European states, especially France. Ted Heath’s government decided that the economic benefits of joining the Common Market were so huge, it was for the greater good to sacrifice the fishing community.

As a former Head of the FCO’s Maritime Section, I have an intimate and inside knowledge of the subject. The UK had always opposed the adoption in the UN Convention on the Law of the Sea of the 200 mile exclusive economic zone for fisheries, on the grounds that as (then) a maritime nation, freedom of the seas was an overriding priority. Hence the (lost) cod war with Iceland. The UK had therefore never adopted an exclusive 200 mile fishing zone. European Community members states had adopted EEZ’s in 1970.

As part of the political deal behind the UK’s accession to the Common Market, the UK agreed it would adopt an EEZ (called at first an EFZ), and gift most of the fish within it to the fishing fleets of other member states. As the UK has by far the richest fishing waters in the EU (most of them Scottish), there is no doubt that the UK got a terrible deal on fisheries, and saw this as a worthwhile trade-off for other benefits. The fishermen were betrayed “for the greater good” in an bit of realpolitik. That is simply true. It is one of the factors behind the terrible decay in coastal communities.

The Common Fisheries Policy is often compared to the Common Agricultural Policy. In fact the two work in completely different ways. The Common Agricultural Policy is at heart a system of taxpayer subsidy to farmers to negate the perverse incentive that, due to demand inflexibility for staple crops, in years of shortage a farmer can make far more money than in a good harvest year, as prices shoot up so quickly.

The Common Fisheries Policy at base is totally different. It pools the physical resources of member states. If the CAP worked the same way, then British farmers would be entitled to take some of the grapes of Champagne or the oranges of Seville. And the UK gives vastly more than it gets in the CFP. Scotland above all.

So the fishermen may lack articulate, credible or even respectable leadership, but they are in fact perfectly correct. The political and media elite has never given them a fair hearing, because the perceived gains to everybody else of single market membership were so huge. Like many of the Brexit supporters, fishermen were dismissed as stupid old men, an opinion sadly many of their self-appointed “leaders” seemed to justify.

Which is why the Political Declaration is so very interesting. After several clauses on future UK access to the single market for goods and services, it then contains a very plain indication that in exchange for all this, the fishermen are yet again to be sacrificed to the wider interest.

Within the context of the overall economic partnership, establishment of a new fisheries agreement on, inter alia, access to waters and quota shares, to be in place in time to be used for determining fishing opportunities for the first year after the transition period.

Either alone, or even more so in the context of the whole document, there is no doubt at all what this means. It is therefore interesting, that conspicuous by their absence among the Tory resignations this morning, are David Mundell and Ruth Davidson, who had both advertised they would resign in precisely this case. But we already knew they are people of no honour.

The UN Convention on the Law of the Sea mandates that states must ensure sustainable levels of fishing within their EEZ. Once quotas to enforce the sustainable limit have been set, the state has an obligation to share by agreement any of the sustainable quota it lacks the capacity to fish itself. In fact, the EU has always set overall fishing levels too high, and the UK quota sharing ignored the EU capacity provision, but rather actively enforced a massive downsizing of the British fishing fleet. The Political Declaration not only includes continued quota sharing, but a continued EU role in enforcing levels – eg more over-fishing.

It seems to me a general election is the most probable outcome of the current turmoil. The Scottish Government should announce that, in the event of pro-independence MPs winning a majority of Westminster seats, Scotland will declare Independence and apply to the United Nations for recognition and admission. That sets out a fair democratic test before the electorate, and is analogous to the way that Estonia, Latvia, Lithuania, Slovenia, Croatia, Slovakia and the Czech Republic became independent, plus the overwhelming majority of states in Africa, Asia and South America – almost none of which was by referendum.

The unionists are utterly divided. The United Kingdom is teetering as never before. Westminster has shown its contempt for Scotland in its power grab of major devolved areas, its attempt to grant Northern Ireland superior status to Scotland with the EU, and its shunning of the Scottish Government in the entire Brexit process.

It is not the time for Nicola to try to salvage the UK from its own political collapse. It is time for us to end the United Kingdom. It will be a kindness. They can wish us goodbye, and thank us for all the fish.