After leaving the British diplomatic service because of my commitment to Human Rights, and horror at their abuse by the US and UK in the “War on Terror”, I applied for a job at Human Rights Watch. I travelled to New York for a job interview, which was chaired by Kenneth Roth. Rather to my surprise, it revolved almost entirely around Israel, and whether I would agree with the proposition that Palestinian terrorist attacks on Israelis were a major threat to human rights, which HRW should work against.

I replied that any criminal attack on a person was in effect an intrusion on their human rights. That in my view “terrorism” consisted of activities which had always been illegal, such as murder or conspiracy to murder, and that the “anti-terrorism” industry was already massive without Human Rights Watch joining in. I felt that HRW could best operate by continuing to expose abuse of power by authorities.

I didn’t get the job.

Anyway, HRW have now produced a useful paper cataloguing the fact that all recent “terrorist plots” in the United States have been agent provocateur operations initiated by the massive anti-terror industry to keep itself in business. Some convicted terrorists were even ideologically opposed to terrorism before being brainwashed into it by FBI agents.

This is all important and true, but the problem is that most of us have known this for years. HRW also steer clear of some of the glaring inconsistencies in the Tsarnaev narrative.

A completely different subject, but another example of the mainstream catching up with this blog eventually, Scotland on Sunday
has noticed the fact that Jean-Claude Juncker supports Scotland’s membership of the EU. The interesting thing is that the journalist, Andrew Whitaker, has apparently spoken to the same source that I spoke to two weeks ago, and got almost precisely the same answers.

“However, a high-ranking EU official last night stated Junker “would not want Scotland to be kept out”. The source said: “He’d be sympathetic as someone who is from a smaller country…

Scotland would be “exempt” from the process as it is already a signatory to core requirements for nation states in areas as such employment rights and equality legislation because of its 40-year membership of the EU as part of the UK.”

The fact is that the source I spoke to (apologies convention is they can’t be named) was absolutely the obvious place to go. Plainly James Cook of the BBC and now Andrew Whitaker eventually got there, but only after the entire media in Scotland had run with the opposite and entirely untrue story. But it was not at all difficult to discover the truth. It took me twenty minutes, ten days before any journalist even thought of it. Now we finally have some belated journalism happening by people who, unlike me, are actually paid to do it. 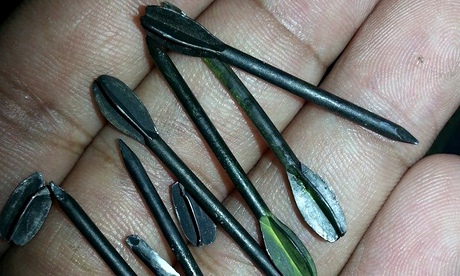