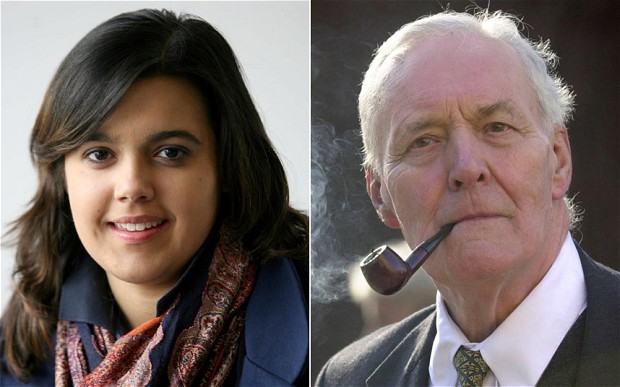 Hilary Benn is very serious about his power grab and has been laying the ground for it very carefully. On 18 November BICOM – the British Israeli Communications and Research Centre – published this:

Shadow Foreign Secretary Hilary Benn told a Labour Friends of Israel (LFI) lunch yesterday that relations with Israel must be based on cooperation and rejected attempts to isolate the country.

Consequently, said Benn, “Our future relations must be built on cooperation and engagement, not isolation of Israel. We must take on those who seek to delegitimise the state of Israel or question its right to exist.”

It is worth reading the next article BICOM published. Brigadier General Michael Herzog, head of strategy for the Israeli defence Force, sets out a strategy for Israeli interests in Syria which dovetails precisely with what Benn and Cameron were pushing in the Commons. Note that Herzog says an overall diplomatic solution is not realistic and rather de facto partitioning of Syria suits Israel’s interests. Therefore there should be no waiting for diplomatic progress before western military action.

With his abandonment of any pretended concern for the slow and agonising genocide of the Palestinians, and his strident support for Trident, Benn is embracing the Israeli establishment and the British military and political establishment. In return, the Tories roared his speech to the rafters, while the media, and especially the Genie Energy linked media, are boosting him to the Labour leadership.

The United Kingdom has, temporarily, an opposition leadership which is not controlled, Zionist, neo-con and in the pocket of the arms industry. Benn has positioned himself very carefully to offer himself as the vehicle for the entire establishment to move to correct this aberration.

In general I am not a fan of the power of the state, and take a Rumpolesque view of the justice system. But I think nevertheless that justice has been well served by today’s Supreme Court verdict in the Pistorius case. Plainly, at the very least, he intended murderous violence towards whoever was locked in the toilet, and that person could not in any rational sense be said to have been posing an immediate threat to him.

I happened to watch the entire original trial – I cannot recall what on earth was going on in my own life then that I could find the time to do that. Today’s Supreme Court judgement was not allowed to query the finding that Pistorius did bot know it was Steenkamp in the toilet, but I must say I had thought that finding to be astonishing given the evidence. The Supreme Court’s ruling that in any event Pistorius murderously was aware he was killing someone, could be reached without questioning that.

I have no doubt the original Judge Maripa acted conscientiously and was motivated by consideration of making every possible allowance for Pistorius’ disability and its effect on his state of mind. I would much rather judges are too susceptible to compassion than the opposite. But the signals sent – about violence towards women and about the implied right of the wealthy to shoot to defend their property even when obviously not threatened – were awful. This was a much needed correction.

With over 50,000 sorties already flown by allied aircraft against ISIL, it added nothing substantial for a tiny number of British jets to fly instantly after the Westminster vote to hit an oilfield in Syria. It was purely war porn, to provide all those pictures of jets taking off to excite the public and continue the propaganda. Worth noting that none of the mythical magical missiles that don’t kill civilians was used last night, just high explosive freefall bombs. The target is also a useful reminder that, as always, oil features prominently in neo-con foreign policy. MPs spoke openly in last night’s debate of breaking up Syria, which will be music to the ears of Genie Energy and Messrs Murdoch and Rothschild, and the Israeli government which astonishingly has already issued oil licences within Syria.

If we actually wanted to bomb the oilfields that fund ISIL, we would be bombing Saudi Arabia.

Scotland is being dragged into a war it voted near unanimously against. 96.5% of Scotland’s MPs voted against the airstrikes in Syra. On platforms all up and down this country, I argued that I do not care a damn about how strong powers are given to Scotland’s parliament in domestic affairs, it we are not a sovereign nation and can still be taken to war against our will. I was proud of Alex Salmond last night for expressing contempt at the notion that civilians are not killed in British airstrikes, a big lie nobody else directly challenged.

I am reassured that last night’s events must be yet another step along the road to independence, and will have invigorated SNP hearts against the temptation of being too comfortable at Westminster.

I don’t know how many oil engineers, or people who cook and clean for oil engineers, we incinerated last night, but the triumphalism of the Blairite warmongers over it is not a very edifying sight. It says something for the strength of the delusions entertained in the Blairite bubble that the fact that Hilary Benn’s speech led to the rafters echoing with Tories making HWOAR HWOAR noises, is taken by them as a massive sign of imminent triumph within the Labour Party. The 28% of Labour MPs who supported Cameron – which they did with explicit attacks on their own leader and on Labour members who were opposing the Tories – will be experiencing the shock of hangover as the heady moment of triumph seems a lot less clever the next day.

UPDATE: I have withdrawn a statement about British aircraft intercepting Russian aircraft, as my informant has been in touch to say they were in fact referring to an incident several days ago.