UPDATE Sign this Sack Laura Keunssberg petition. It put on 16,000 signatures in the last twelve hours after gaining just 25 in its first three months!

No matter how terrible the BBC is, it constantly manages to get worse. The BBC News this evening appears like an especially rabid Tory Party broadcast. Sarah Smith was just breathtaking, while I thought Laura Kuenssberg must be the Chairman of the Conservative Party.

Sarah Smith’s report from Holyrood was so astonishingly biased that a rather bemused BBC correspondent named Keane followed it with “But after Sarah Smith’s report let’s not forget that the SNP have won an historic third election”. Sarah Smith’s contribution was a voiceover of a photo montage of Ruth Davidson. Smith told us the election was all about Independence and the “stunning” Tory result was evidence that voters were firmly rejecting the idea of any second referendum. Cut to Ruth Davidson saying the Tories were firmly rejecting any second referendum.

Let us for a moment accept Sarah Smith’s contention that the Tories attracted those voters who do not want a second referendum. The truth of the matter is that just 1 in 9 of eligible Scottish voters, voted Tory. 21% of those who voted. So the proper conclusion should be that the Tories came a distant second and most people rather fancy a second referendum. Sarah Smith’s anti-independence tirade was gobsmacking, but then it was topped by some BBC pundit comparing Ruth Davidson’s Tories to Leicester City.

A foreign visitor would have had to be watching very carefully indeed to realise that the Tories had not won, and indeed got half the votes of the SNP. So the Tories are not Leicester, they are Newcastle. Yet the Tories in Scotland got four times the coverage of the SNP on the BBC news.

And so to the rest of the UK. Laura Kuenssberg seems to have a depth of hatred for Jeremy Corbyn which is more generally reserved for Fred and Rose West. She appears to be sponsored to say “anti-Semitism” as often as possible. She opened her report by saying that the results called Corbyn’s leadership into question.

The strange thing is that the results are near identical to Ed Miliband’s 2012 result at precisely the same Council elections. The net loss of Labour councillors is 12 out of over 2000, as I write. Miliband’s result was unanimously hailed in the media at the time as a triumph. Exactly the same result for Corbyn – including winning many councils in Tory Westminster constituencies in Southern and Midlands England – is a disaster.

An opposition party should make gains in council elections. But when that opposition party makes truly spectacular gains, but is still the opposition when they cycle comes round again, you can’t expect it to make further gains exponentially. Keunssberg stated directly that Labour has to be “piling on hundreds and hundreds of net gains” to have any chance. That is simply untrue. 2012 was Miliband’s high water mark. It was all downhill from there. Corbyn is exactly matching Miliband’s best ever performance, and doing so despite being tendentiously branded a mad anti-Jewish racist by the bitter Blairites in his own party. Plus under Corbyn, unlike Brown and Miliband, the London mayor is now Labour again

Miliband went downhill from 2012 precisely because, after his 2012 successes, the BBC and corporate media threw their entire firepower at Miliband. Corbyn has already weathered an even greater media barrage than Miliband ever suffered. It is by no means plain he will follow Miliband’s downhill trajectory from here. In England next year’s local election results – in a tranche of seats last contested when Miliband was already slipping back – will tell us a great deal more.

To try to say this before yesterday was like standing in front of a runaway juggernaut. It had to be demonstrated by actual experience. We came extremely close to the absolute disaster of a unionist majority in Holyrood. Entirely because of this. I know many of you will not like reading this, but you have to.

By contrast in these regions the Tories got 376,000 – almost precisely 50% of the list votes the SNP received there – and got 19 MSPs for them!

If the SNP list vote which was completely, utterly and entirely predictably useless in these regions had been given to other pro-independence candidates, the number of Tory MSPs in parliament would have been drastically reduced.
We would not have the BBC crowing over “Tory victory” as the result of the election. Despite the fact that only one in 9 eligible Scottish voters, voted Tory, a fact the BBC will not tell you.

With tactical voting a dozen more committed pro-Indy MPs could have been put into parliament.

The Tories have done disproportionately well because of the “both votes SNP” campaign. This campaign was, undoubtedly, extremely successful in securing both votes SNP. Sadly it was – entirely predictably – totally counter-productive in maximising the number of pro-Independence MSPs.

I published yesterday during the voting: “But in the entire central belt and in NE Scotland, I am prepared to state boldly – and twelve hours will prove the case – that a list vote for the SNP in those regions is almost certainly wasted, and could rather have helped elect a different pro-Independence MSP.”

It was blindingly obvious in which regions SNP supporters should give the party their list vote, and in which they should vote tactically.

The question is, why did people I generally admire and, in fact, find quite brilliant like James Kelly and Stuart Campbell, get it so wrong and fail to see the obvious? I fear that the answer is one which raises wider concerns. The SNP has managed to achieve near complete identity with the independence movement, so that any questioning of total obedience to the SNP is taken as disloyalty to the nation. Those like me who want independence rather than the success of a political party find ourselves marginalised and despised. Even when we are demonstrably and undeniably correct. Perhaps especially when we are demonstrably and undeniably correct.

We need the second referendum soon. We are now dependent on the goodwill of the Greens to get it. I stated yesterday I do not trust Patrick Harvie’s commitment to independence. That annoyed some people and I am genuinely interested to see comments as to whether others pick up the same vibe from him. I do hope that the Green influence will lead the SNP to be more radical on Land Reform. That would be a great advantage to dig out of an unexpected situation.

Finally, it is not a bad thing that the Unionists are now firmly identified as the Tories. Many of them were Red Tories anyway, and all that has happened is that their allegiance has become plain. The stark choice between Independence and the Tories is now visible. It was always there, but at the referendum many did not see it. Having the Tories leading the unionist opposition simply brings the day of Independence closer. There is only one winner in that battle.

If you hate the corruption of FIFA and the commercialisation of football, hate the US air base on Diego Garcia, and are ashamed of the British forced deportation of the entire Chagos Islands population to make way for the base, you have an ideal opportunity to do a little good in the world by supporting the appeal to finance the Chagos football team to participate in the Conifa World Cup. 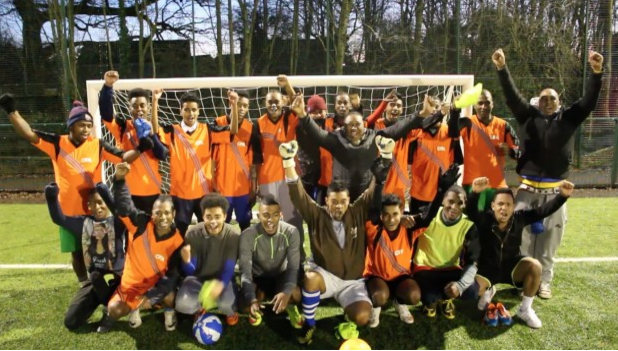 This blog makes a point of never asking for money or taking advertising, yet has asked for donations for good causes twice in a fortnight. I apologise but I love this idea, both for the spirit of football and to support the islanders in affirming their right to be considered a nation and to return to their homeland. I have carefully checked it out and this football team – based in Croydon – really does consist of the Chagos community, and it is important to them in helping the young people preserve their identity.

Donate via this page using the “Sport Fund” option. Alternatively you can donate to the UK Chagos Support Group here.