David Cameron gets heckled every day of his life. The media never bother to report the names of the hecklers or the gist of what they say.

Yet a single heckler shouts at Jeremy Corbyn at Gay Pride, and not only is that front page news in the Guardian, it is on BBC, ITN and Sky News.

What makes a single individual heckling a politician newsworthy? There are dozens such examples every single day that are not newsworthy.

The answer is simple. Normally the hecklers are promoting an anti-establishment view, so it does not get reported. Whereas this heckler was promoting the number one priority of the establishment and mainstream media, to get rid of Jeremy Corbyn. So this heckler, uniquely, is front page news and his words are repeated at great length in the Guardian and throughout the broadcast media. 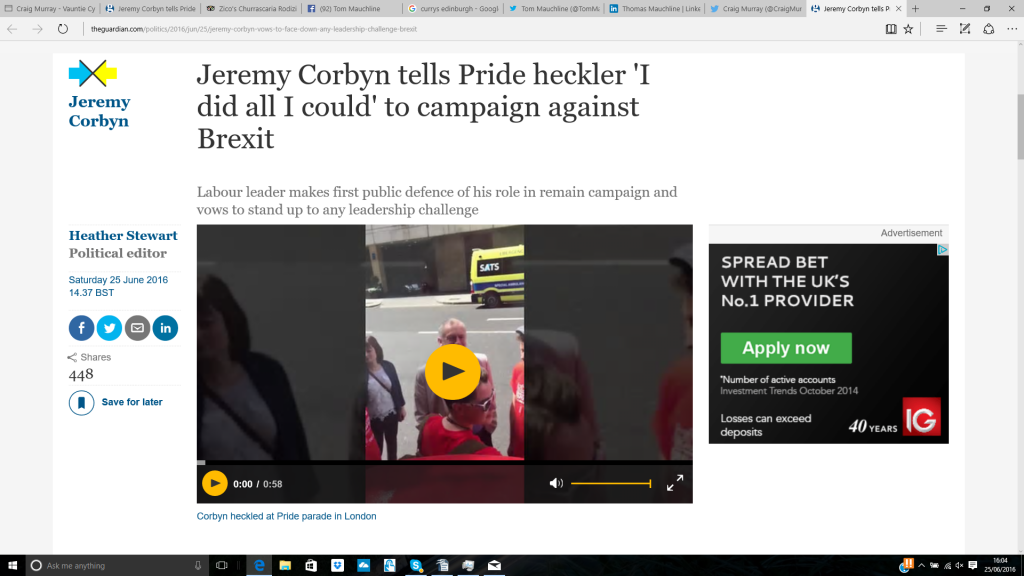 The impression is deliberately given that he reflects general disgust from young people, and particularly gay young people, at Corbyn over the EU referendum. The very enthusiastic reception for Corbyn at Gay Pride is not reported.

Nor is the fact that the incident was not a chance one. The “heckler” is Tom Mauchline, a PR professional for PR firm Portland Communications, a dedicated Blairite (he describes himself as Gouldian) formerly working on the Liz Kendall leadership campaign. Portland Communications’ “strategic counsel” is Alastair Campbell.

So far from representing a popular mood, Mauchlyne was this morning on twitter urging people to sign a 38 Degrees petition supporting the no confidence motion against Corbyn. Ten hours later that petition has gained 65 signatures, compared to 120,000 for a petition supporting Corbyn. Mauchline formerly worked for 38 Degrees, unsurprising given their disgraceful behaviour over the Kuenssberg petition. I am waiting for the circle to be squared and Kuenssberg to report on the significance of Mauchline’s lone heckle.

I find it incredible that the mainstream media are all carrying this faked incident while not one single mainstream journalist has reported who Mauchline really is. 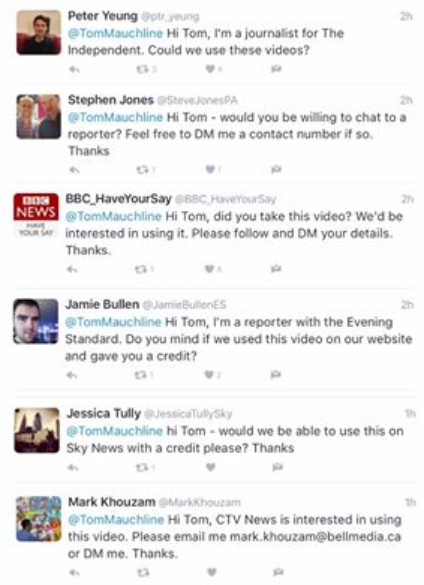