There is no defensive purpose to an aircraft carrier. Its entire purpose is to move aircraft to a position where they can attack other countries. As soon as they are equipped with attack aircraft, these carriers will spend most of their time around the Middle East, including at the UK’s brand new naval base in the vicious despotism of Bahrain. Having spent £7 billion on these behemoths, politicians will seek to enhance their prestige and demonstrate that they control a nation which is a “major power”, by using them. The very fact of their existence will make bombing attacks such as those we saw on Syria, Libya and Iraq more likely.

That further twist in the cycle of violence will lead to more terrorist attacks in the UK. There is no sense in which this aircraft carrier is anything to do with defending the United Kingdom. It is a device to attack foreign countries. The result is it makes us a lot less safe at home.

When they think about it, people understand that, as YouGov demonstrated during the recent election campaign. The politicians will be trying to whip up feelings of jingoism and national pride around this huge hunk of floating hubris, to stop us thinking about that. 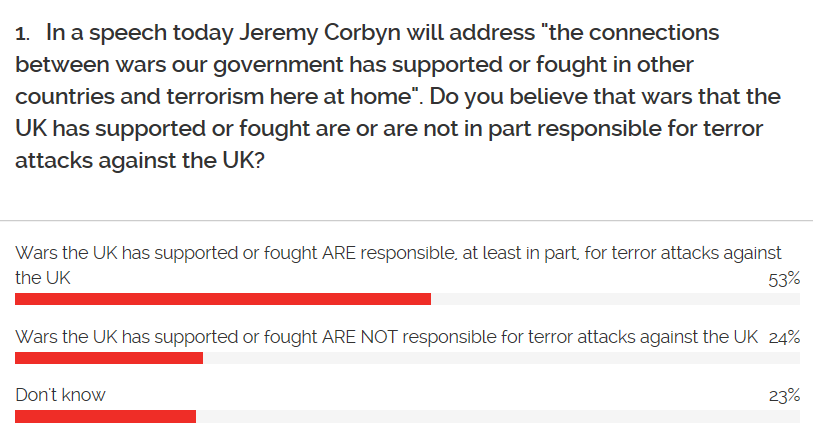 There is no money for our schools and hospitals, but unlimited sums for the armaments industry. The United Kingdom is not just a dysfunctional state, it is a rogue state and a danger to the peace of the world.