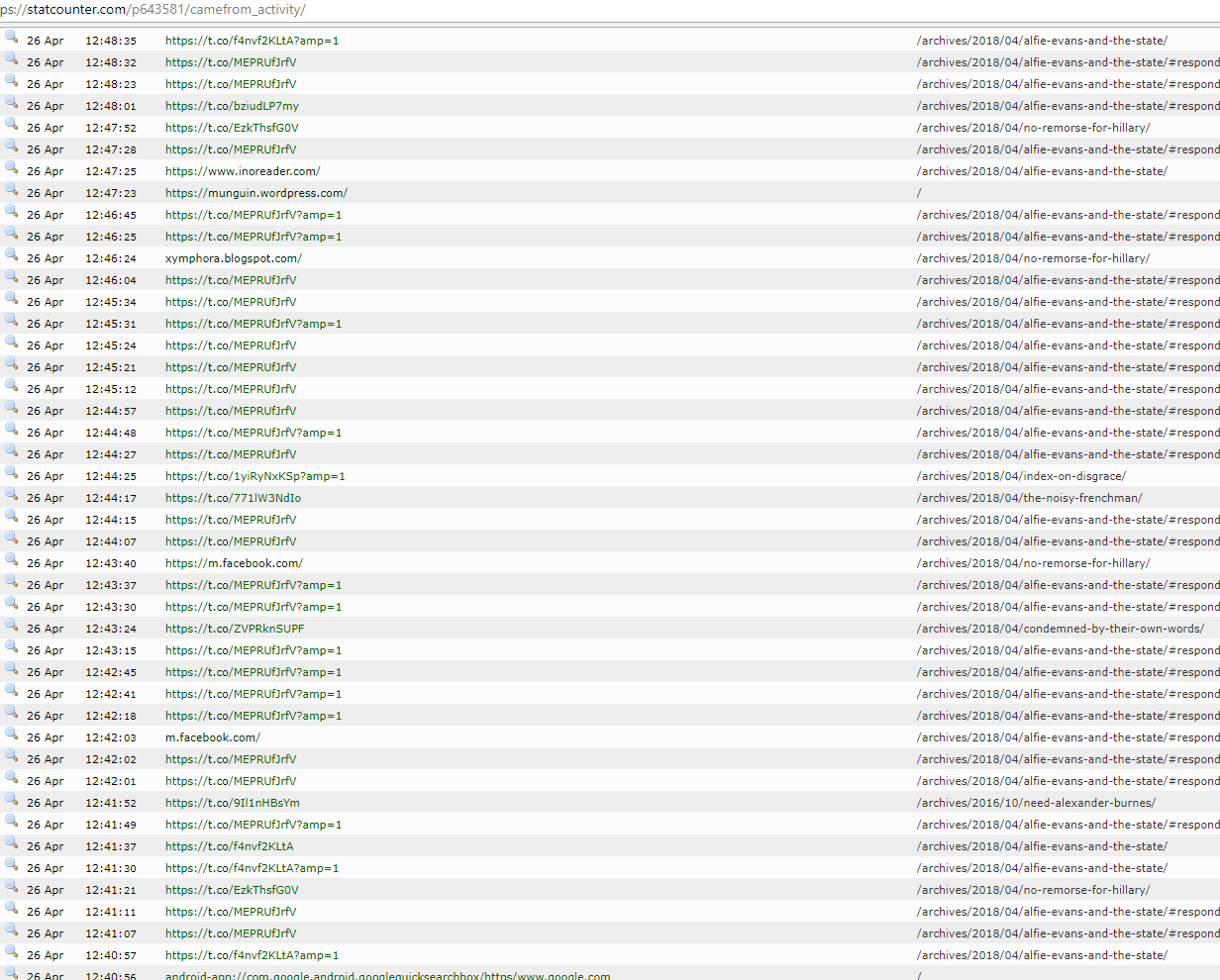 Individual cases of huge emotional impact are not something on which I generally feel qualified to comment, and seldom are a good basis for general policy. But the heartbreaking case of little Alfie Evans is so striking I wished to look at it.

The most valuable and complete of many court judgements of the case seems to be the High Court judgement of 20 February, the starting point for the many appeals since. Reading this very carefully, I feel quite certain that the state is taking too much power over individuals in denying the Evans’ family the right to take their son abroad for treatment.

It is worth saying at the start that everybody involved, including the judge, seems genuinely motivated to do the best for little Alfie. It is also fairly plain that there seems no reason to believe that there is ever any chance of recovery. The discussions of whether the little boy’s reactions to stimuli including the touch of his mother, are actual reactions or coincidental convulsions, is terribly, terribly sad.

But I do worry about the reasoning employed. All the medical evidence indicates it is unlikely that Alfie can experience pain or discomfort:

para 25 Dr M: I believe that is it unlikely that Alfie feels pain or has sensation of discomfort but I cannot be completely certain of this since Alfie has no way of communicating if he is in pain or discomfort.

para 28 The thalami, which I have been told fire the pathways within the white matter which generate sensory perception is, Dr R points out, effectively invisible in the scan. In simple terms the thalami, basal ganglia, the vast majority of the white matter of the brain and a significant degree of the cortex have been wiped out by this remorseless degenerative condition.
29. Painful though it is for F to read Dr R’s observations of Alfie’s current condition, it is necessary for me to set them out:
“Alfie does not show any response other than seizures to tactile, visual or auditory stimulation. He does not show any spontaneous movements. His motor responses are either of an epileptic nature or are spinal reflexes. He is deeply comatose and for all intents and purposes therefore unaware of his surroundings. Although fluctuating, his pupillary responses are abnormal with now only the most subtle, very brief dilatation to exposure to light but no normal constriction. Exposure to loud noises does not elicit any response. There is no response to central painful stimuli other than the occasional seizure. There is no response to painful peripheral stimuli other than seizures or at times spinal reflexes with extension and internal rotation of his arms and less frequently now, of flexion of his legs.”

The judge concludes that, as Alfie is in a semi-vegetative state with a degenerative condition and probably cannot experience any benefit from life such as the touch of his mother, support should be withdrawn and he should be allowed to die with proper palliative care.

But here is the place where I radically disagree: though it is unlikely that Alfie can feel pain or discomfort, the possibility that he MIGHT be able to experience pain and discomfort is the reason the offer from the Vatican to ship him by air ambulance to a hospital there cannot be permitted.

60. Whilst I have, for the reasons stated, rejected the evidence of Dr Hubner, I do not exclude the possibility that travel by Air Ambulance may remain a theoretical option. It requires to be considered however in the context of the matters above and one further important consideration. All agree that it is unsafe to discount the possibility that Alfie continues to experience pain, particularly surrounding his convulsions. The evidence points to this being unlikely but certainly, it can not be excluded.

The judge concludes that the risks of pain in travel by air ambulance, from the “burdensome” air travel and the difficulty of maintaining his care regimen on the air ambulance, rule out his going to Italy.

I have a fundamental problem with this. Throughout the medical reports, the possibility of Alfie experiencing pain and discomfort is not represented as a more significant possibility than that he can experience joy from the touch of his mother – both are viewed as highly unlikely. The argument that he cannot receive further treatment in the UK because he is vegetative, yet cannot travel for it in case he is not, appears to me pernicious.

That is without the lesser point that the capabilities of air ambulances are perhaps here underestimated.

There is also one area where I think Justice Hayden is deplorable. Professor Haas, who is German, concluded his evidence with this powerful paragraph:

53. I regard the above as a comprehensive answer to the tendentious views expressed by Professor Haas. No further comment is required by me.

This is completely out of order from Hayden. He is entitled to disagree with Professor Haas, but he is not entitled to describe the good Professor’s honest and reasonable view as “tendentious”.

This case is overreach by the state. It is not a case of the parents demanding perpetual NHS support, it is a case of the parents wishing, at no cost to the state, to leave the country with their severely ill son. As the state’s view is that their son will very shortly die anyway, and it is unlikely it will occasion Alfie any significant discomfort he can feel, I can see no reason that the state should override the wishes of the parents to pursue their hope, however remote, that some span of life of some quality might yet be available to their son.