Skip to content
Home » Posts » Uncategorized » When Is a Massacre Not a Massacre?

On the day the Israeli Defence Force massacred dozens of unarmed Palestinians in Gaza and maimed over 400 more, our media has carefully avoided the use of the word massacre. Here is a Google search of News I did five minutes ago on the word “massacre”. 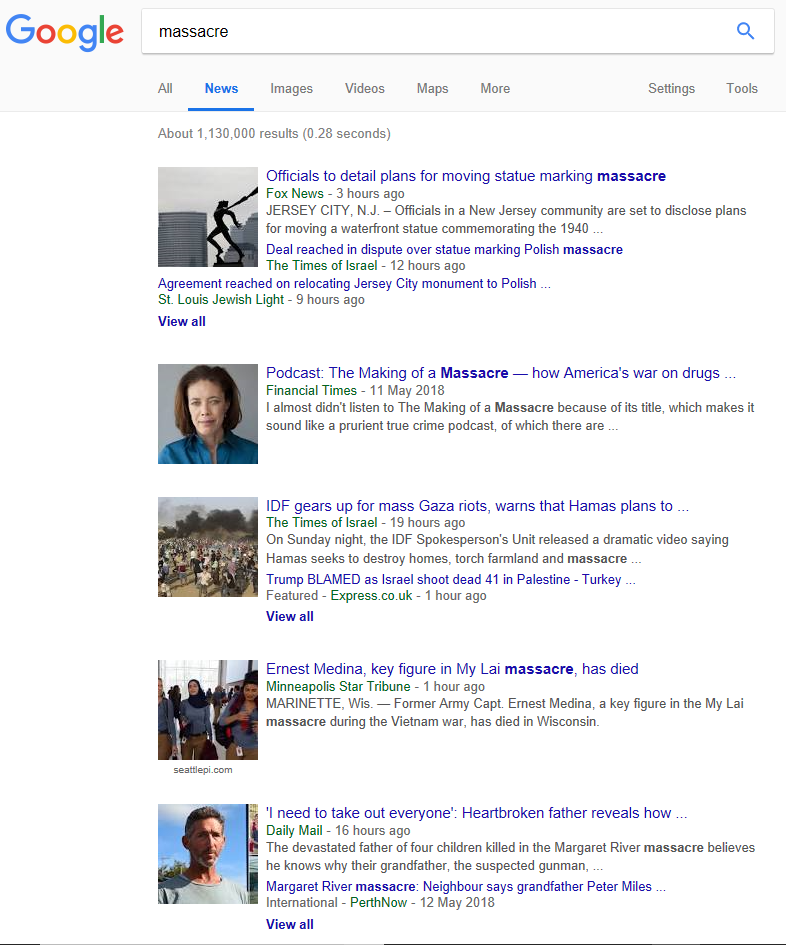 A massacre occurred today in which more people were killed than at Glencoe. All of them were unarmed and the majority were well over a hundred yards from the border fence. It says everything about the kind of nightmare fascist state Israel now is, that if you look through those news results for “massacre”, the only mention you get of Palestinians is a claim by the Israeli Defence Force that the Palestinian Defence Forces were planning a massacre of Israelis.

The Turkish government have now come out with a statement condemning the massacre, and in the UK the Daily Express and the Daily Star have both reported that; but both have chosen to put the word “massacre” in the Turkish statement into inverted commas, as though it were not true.

The Western media far prefers the word “clashes” to “massacre”. Because those terrible Palestinians insist upon demonstrating against the continuing theft of all their land and resources, and keep attacking innocent Israeli bullets with their heads and bodies. If you look through the Google search of News this time for “clashes”, you discover that the western and Israeli media peculiarly have precisely the same preference for this entirely inappropriate word. That, again, is fascinating. 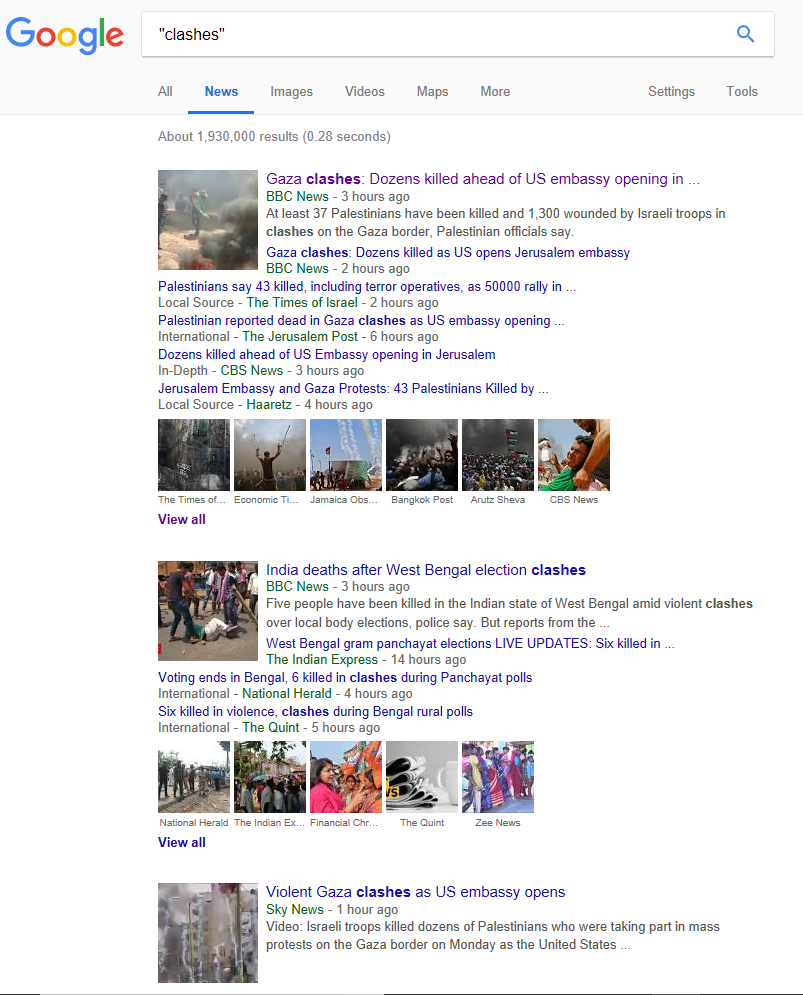 The gross injustice of the apartheid state of Israel appears immutable. The overwhelming force of the political and financial Establishment is behind Israel in the West, in the Russian oligarchy and even in most of the horribly corrupt leadership of Arab states. But the situation is not as dire as it seems, because the hold of those Establishment elites on the people they exploit has never been more shaky. Israel remains a touchstone issue. In order to help redress the terrible agony of the Palestinians, we must first effect a change in our own system of elite exploitation of the people at home. That change is coming.

160 thoughts on “When Is a Massacre Not a Massacre?”