Skip to content
Home » Posts » Uncategorized » Preparing for my Trial

The Crown Office is objecting to the appearance of, and trying to block from court, ALL of my witnesses and ALL of our proposed evidence for my defence at my trial for Contempt of Court. Today I have to complete the first draft of my own witness statement. We understand the Lord Advocate may object to the hearing of my own evidence also.

I shall write more on this tomorrow. Today is very busy. 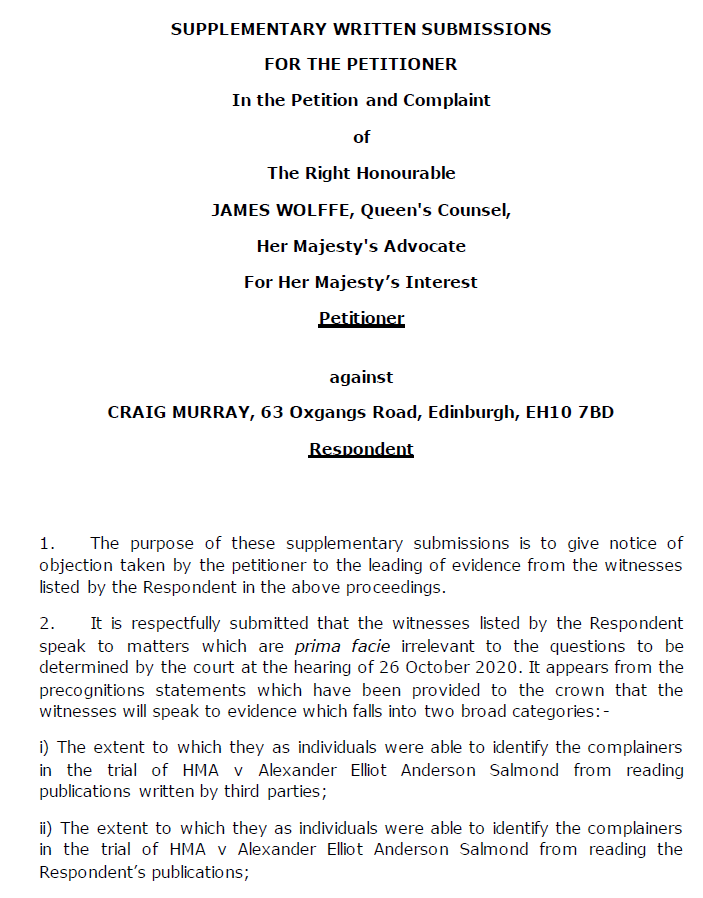 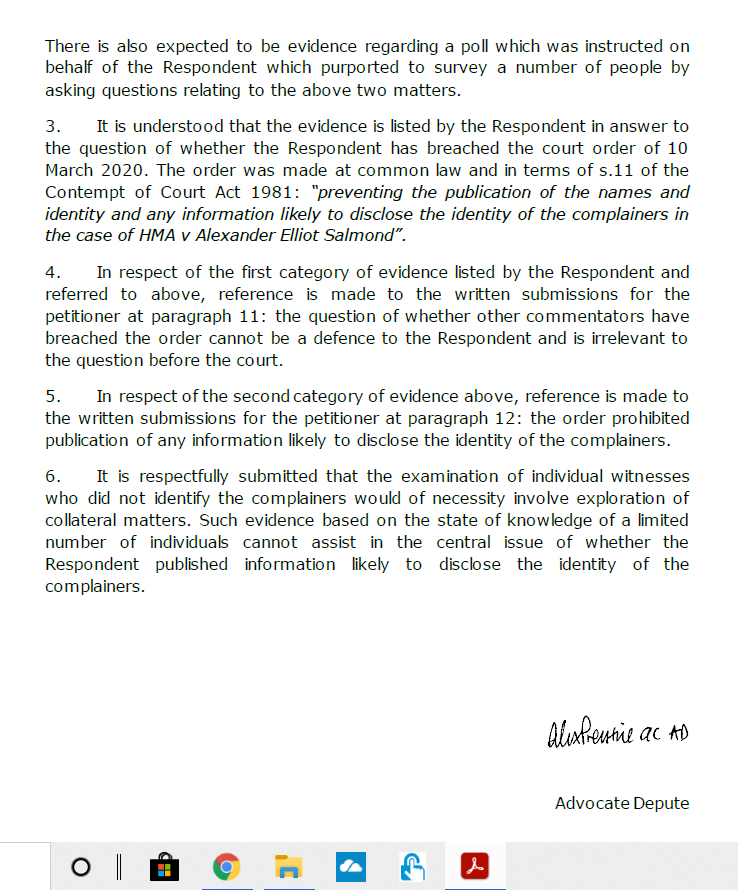 326 thoughts on “Preparing for my Trial”