Some asylum seekers who arrive in the UK on small boats across the Channel will be given a one-way ticket to Rwanda, under new government plans.

Home Secretary Priti Patel is in the African nation to agree a £120m trial involving mostly single men arriving in Britain on boats or lorries.

Refugee organisations have criticised the plans as cruel and urged a rethink.

When the Tory government announced it was in talks with the government of Ghana over opening internment camps for asylum seekers in that country, I was quickly able to confirm with Ghanaian ministers that this was simply a lie; the subject had never been discussed and would not be discussed.

I am hoping that the same may be true of Rwanda, and the Tories may simply again be making up stories to placate their racist base. Certainly the Times reported that Johnson was this week forced to delay an announcement as arrangements were not yet in place. But unlike Ghana, I do not have contacts with the government of Rwanda so I cannot be certain. 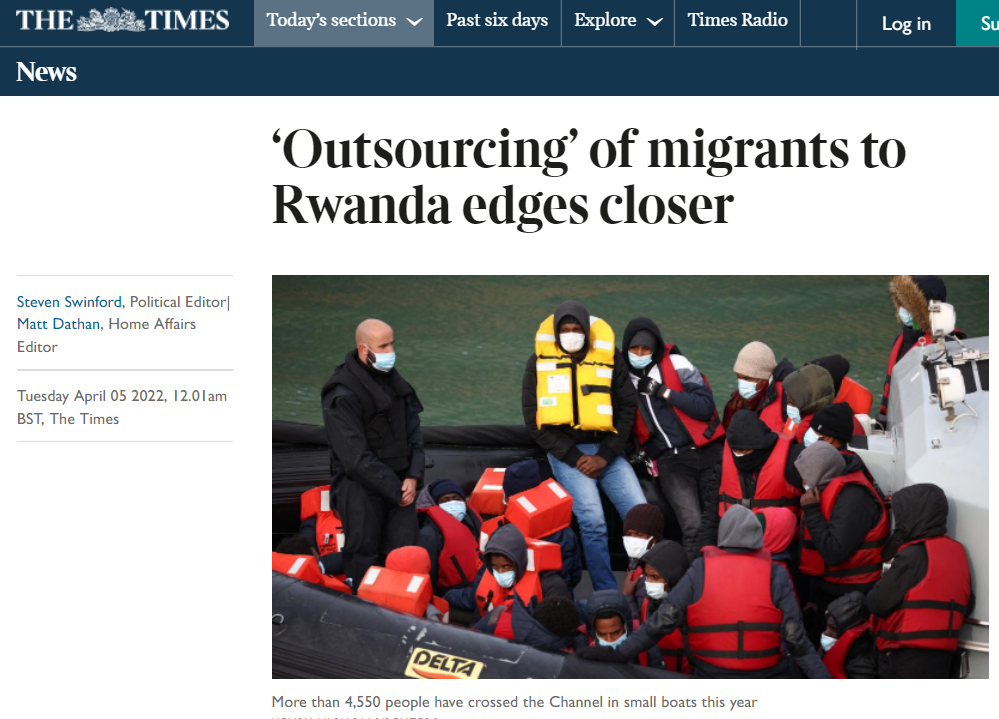 We must call on all Rwandans, wherever they may be, to express through your contacts and institutions your unhappiness at any Rwandan involvement in such a scheme. It is only racism that determines that refugees from wars and disaster from Eritrea, Syria or Libya should be treated differently (by the UK) from Ukrainians or political dissidents from Russia (though God knows the UK has failed to offer the real help to Ukrainians it promised).

A policy which is going to include using naval boats to push struggling Africans and others in small craft back in the cruel sea, which will include shackling Africans, who have done nothing except flee war and starvation, to fly them to Rwanda, should not for a moment be entertained by any African country. No amount of money promised by Johnson and his crew is worth selling the souls of the Rwandan nation for this scheme.

We must also call on the African Union to adopt a policy that no African country will host immigration detention camps for former colonial powers. We must call on His Excellency President Macky Sall of Senegal, Chairperson of the African Union, to bring the matter forward. I call on Presidents Cyril Ramaphosa, Nana Akuffo Addo and Muhammadu Buhari to make sure there is a firm African Union policy against this evil. We must especially call on President Paul Kagame of Rwanda to follow the Ghanaian example and immediately deny Johnson’s claims. 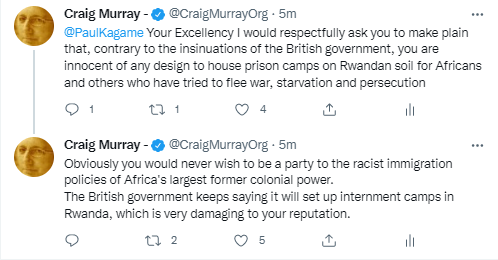 This really is an issue where Africans, both in Africa and in the diaspora, particularly in the UK, I believe could get a reaction from their governments if everybody feeds in their concern by whatever means is available to them.

I am contacting a number of people to see if I can organise a delegation to Rwanda, Senegal, South Africa and OAU Headquarters in Addis Ababa to lobby against Johnson’s prison camps.

I am very happy to hear from anybody who can contribute in any way to efforts to unite Africa against this shameful proposal.