A Google news search returns 5,240 results for “Ferguslie Park” over the last 24 hours. As compared to 0 mentions in the previous 24 hours. 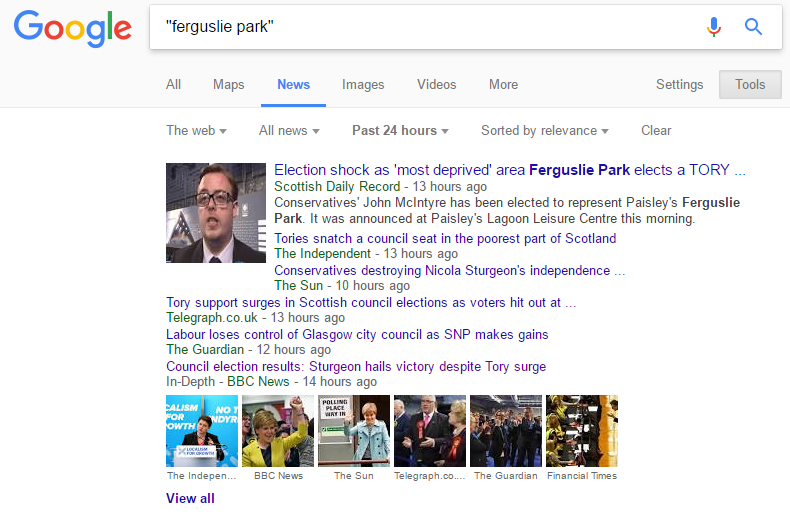 The media have, with an incredible level of unanimity, seized upon a Tory being elected to represent Ferguslie Park, “the most deprived area of Scotland”, as the leading evidence of a Tory resurgence into areas of Scotland “they could not previously venture into”. I have heard this recounted on every available broadcast platform this evening. 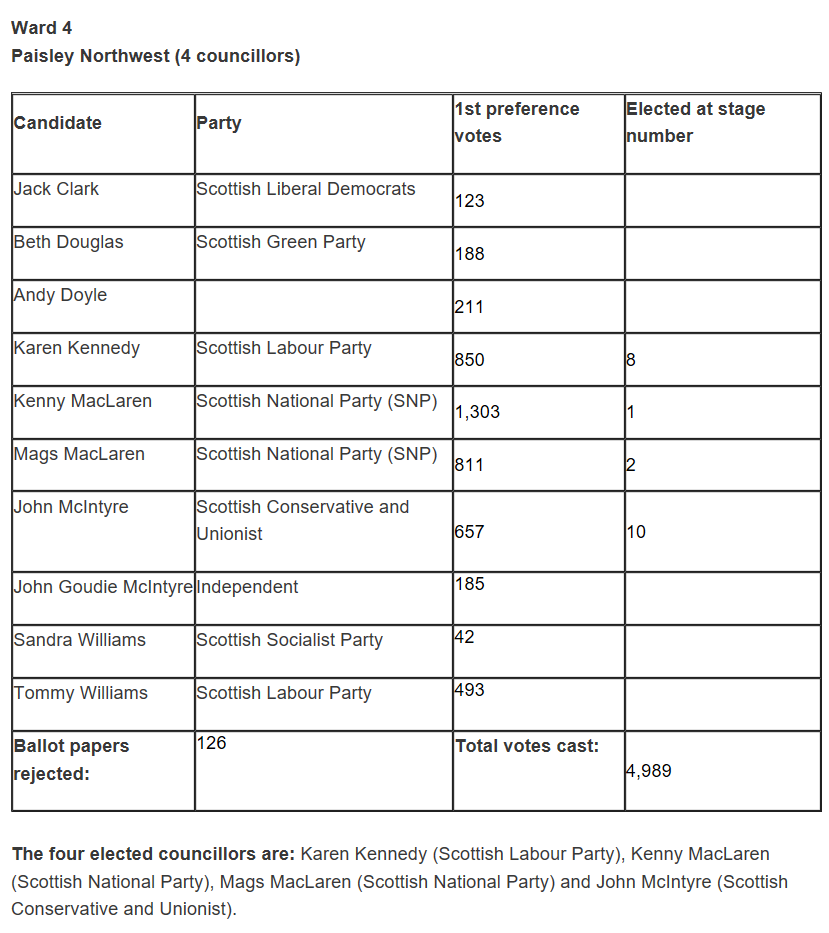 My, how the ground shook. In future years, everybody will recall just exactly where they were at the moment the Conservatives polled 13% in Paisley North West, when that vast uprising of 657 voters swept their candidate to victory on the 10th set of transfers into the fourth available slot in a multi-member constituency.

Now, this will come as a shock to some people. Paisley North West is not a dreadful slum, and contains some distinctly prosperous areas. Much of the ward looks like this. 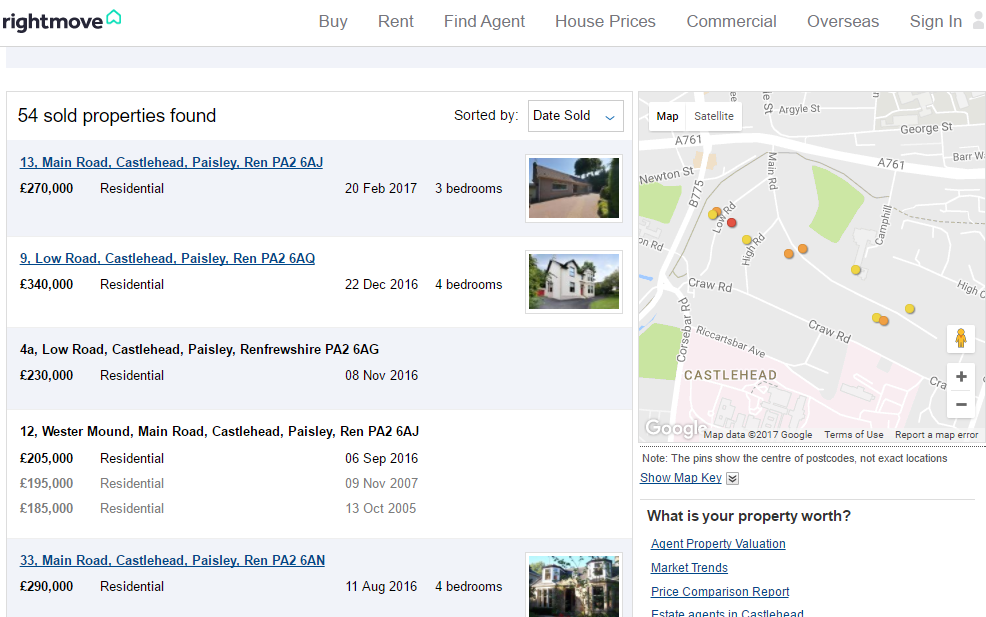 Here are some statistics for the entire ward.

In a local election poll with a low turnout, there is a disproportionately high turnout from pensioners and from the wealthier districts. Very few indeed of those measly 657 Tory votes came from the Ferguslie Park estate.

The real story is that in a ward with 65% owner-occupiers and 67% economically active, the Tories could still only manage a measly 13% of the vote. That the large majority of £350,000 owner occupiers do not vote Tory. The real story is that the SNP took 44% to the Tories 13%. But no, the march of Ruth’s 13%ers has apparently changed the course of history. As Tom Robinson once sang, “It’s there in the papers, must be the truth”.