Brexit has revealed further the rottenness of the British political Establishment, but I am still truly shocked now to see the Government of the United Kingdom negotiating a major international treaty on the acknowledged, discussed and now published basis that it has every intention of breaking that treaty once it is in force. Officially published by the Attorney General, no less.

The Westminster Government’s contempt for international law was fully demonstrated just two weeks ago when it repudiated the International Court of Justice – an act which is the ultimate disavowal of the rule of international law – over the decolonisation of the Chagos Islands. So in one sense it is no shock that they are prepared to sign a treaty with no intention of honoring it.

But what is quite astonishing is that the discussions with the DUP and ERG on how to sign up to the backstop and then dishonour it, have been carried out fully in public, and with the potential other party to the treaty looking on.

I simply do not see how the EU can now sign the Withdrawal Agreement which was negotiated with May, when they have been given firm evidence that the UK intends to cheat on that Agreement.

I especially cannot understand the pusillanimous attitude of the government of Ireland to this development. The UK has published in advance that it is taking Ireland and the Irish people for fools and has no intention of keeping to the Irish backstop. The reaction of the Government of Ireland is to pretend not to notice. That is an astonishing dereliction of its duty to the people of Ireland, North and South.

The more so as Geoffrey Cox’s “advice” is an unsubtle hint to the DUP, should the backstop become effective, to restart the Loyalist violence with which they were for decades so closely associated, in order to provide the pretext for cancelling the backstop. In reading this, it is essential to remember that this legal advice was written, as a matter of definite fact, directly for the DUP audience to try and influence the DUP in the next “meaningful” vote. To signal to an organisation as steeped in blood as the DUP that the way out of the “Backstop” arrangement which they so hate, would be to demonstrate it is having a “socially destabilising effect in Northern Ireland”, clearly gives a very direct incentive to Loyalists to restart violence.

Anybody who knows anything about the history and politics of Northern Ireland must be aware that what I have just written is true. At the very best reading, Cox’s “advice” is grossly irresponsible and reckless.

It is also very poor legal advice. Unlike Geoffrey Cox, I have actually negotiated a number of international treaties, including most of the UK’s continental shelf boundary agreements, the Protocol on Deep Seabed Mining to UNCLOS and the Sierra Leone Peace Agreement. Cox’s interpretation of Article 62 of the Vienna Convention on Treaties is complete nonsense. To start with, Article 62 is designed not to facilitate but to prevent treaties being dishonoured under the excuse of “unforseen circumstances”. It reads:

Very plainly indeed, neither 1 a) nor 1 b) apply to the situation Cox outlines. Just not working out the way you intended is not grounds to dishonor a treaty. Social discontent in Northern Ireland would not radically transform the obligations under the treaty nor is social content the essential basis of consent to the treaty.

The second, and frankly hilarious, point is that Cox’s advice is demonstrably nonsense. To permit the dishonoring of the treaty, a change in circumstance must not only be “fundamental” it must also be “unforeseen”. Yet in his legal advice Cox foresees and specifies the “unforeseen” event that might lead to cancellation!

I rest my case.

Ulster’s future lies, ultimately, either as a Province of the United
Kingdom or a united Ireland. Attempts to fudge or finesse that
truth only create an ambiguity which those who profit by violence
will seek to exploit. Therefore, the best guarantee for stability is the
assertion by the Westminster Government that it will defend, with
all vigour, the right of the democratic majority in Northern Ireland
to remain in the United Kingdom. Ulster could then be governed
with an Assembly elected on the same basis as Wales, and an
administration constituted in the same way. Minority rights should
be protected by the same legal apparatus which exists across the
UK. The legislative framework which has guaranteed the rights and
freedoms of Roman Catholics and ethnic minorities in Liverpool
and London should apply equally in Belfast and Belleek…

In such circumstances, resolute security action, the use of
existing antiterrorist legislation and the careful application of
intelligence could reduce the IRA to operating as it did in the fifties
and sixties. Combining such security measures with a political
determination not to allow Ulster’s constitutional status to be altered
by force of arms would rob the republicans of hope.
It can be done. But does any Government have the will?

Interestingly enough, after I published an article on Gove’s 58 page pamphlet attacking the Good Friday Agreement, the Tory think tank which published it, the Centre for Policy Studies, immediately took it down from the web. I have, however, copied it to my own website.

By chance, my next couple of speaking engagements are in Northern Ireland. This is not the subject I was intending to discuss, but I never know what I am going to say when I stand up anyway. Happy to answer questions on anything. 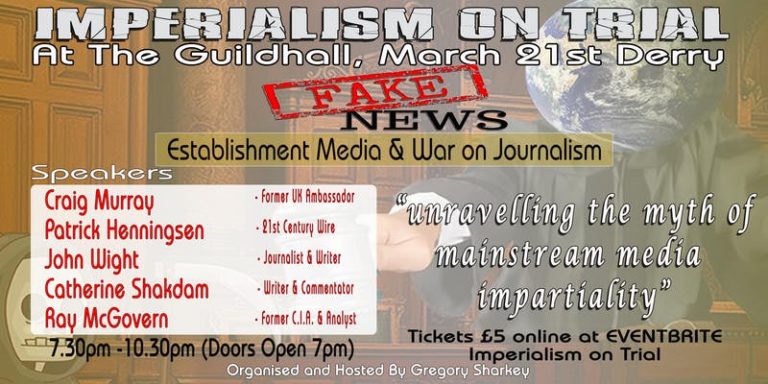 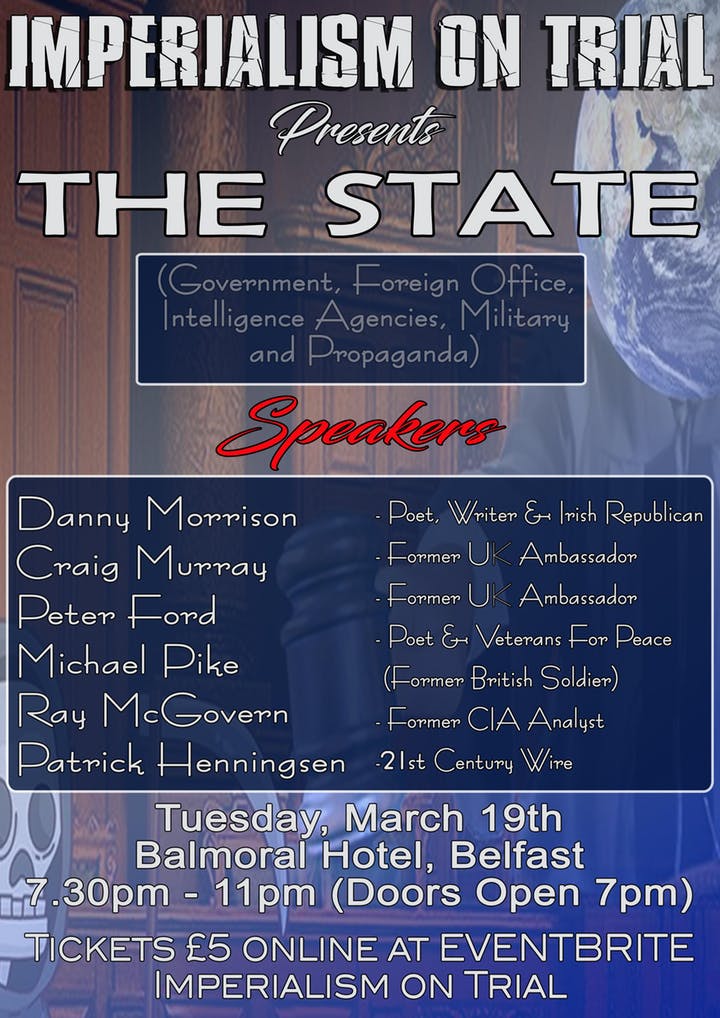