This video is in Russian but is pretty self-explanatory. While in Geneva we decided to look for Gulnara Karimova’s US25 million dollar home, to see how the proceeds of forced child labour are spent. 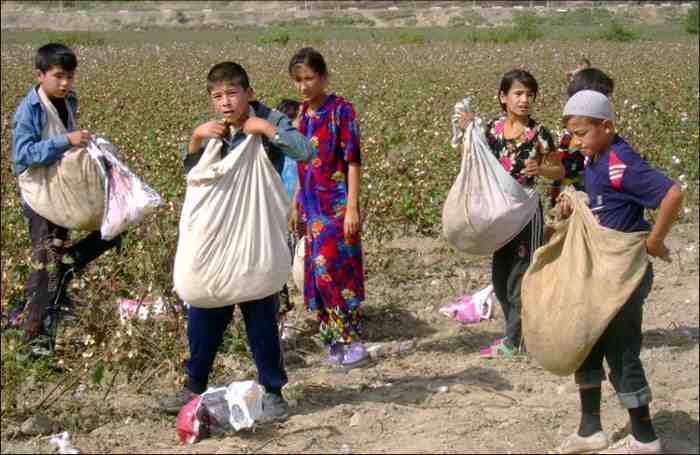 Regular readers will recall the EU Commission insisted to me there is “no reliable evidence” of what is in truth the use of millions of forced child labourers in the Uzbek state owned cotton plantations. I was also interested to see if there was any activity surrounding the large underground concrete vaults established under the rear of the garden behind Gulnara’s house three years ago at a cost of eight million dollars. I detailed in Murder in Samarkand that the Karimov’s loot Uzbekistan’s large state-owned gold industry in stealing physical gold, some of which is fenced through Gulnara’s jewellery business, but most of which is stored as collateral.

The Karimovs had lost a certain amount of faith in the Swiss banking system’s ability or willingness to protect their money in all circumstances, so have started storing the physical gold in the vaults under Gulnara’s back garden on the shores of Lake Geneva.

Their faith in the Swiss banking system was further damaged a few months ago when Gulnara’s erstwhile business partner Bekzond Akhmedov absconded with US 312 million dollars she regarded as hers but which was held in his name. Akhmedov is so hated by the Karimov’s they now even associate him with me, which is definitely the seventh circle of hell in their world-view. Hence Gulnara’s extraordinary attack on me:

For example yesterday in Geneva, on the first day of spring, we had another “support team” visiting us, those who are always ready to work off their payments while not having anything else to do, any other interests, hobbies or a properly paid job. A group of a few people including a cameraman, a lady of Uzbek origin Mutabar Tadjibaeva, who introduces herself as a president of the «Club des Coeurs Ardents» and guess who else? Exactly! Craig Murray – ex-ambassador to Uzbekistan, who had been scandalously fired from the British Foreign Office. He lived in Tashkent for a long time and had a relationship and even got married to a strip-bar dancer, he lobbied so-called businessmen including those from Pakistan willing to get cotton and other state contracts, those people had contacts with different Uzbek clan representatives including Bekzod Akhmedov. Akhmedov was seen many times in Craig Murray and his pseudo businessmen’s company in dens of iniquity of the capital, Bekzod Akhmedov’s favorite venues. It seems like the group of people that visited us in Geneva wanted to congratulate us with spring and express their grievance by screaming and as they said they wanted me or my sister Lola to come out. They attempted to sneak inside and walk around the house recording it all on video and we had nothing to do, but call the police and make our own video of this March invasion of “human right defenders” as they call themselves.

As I have never met Mr Akhmedov, or any Pakistani businessmen, or been involved in cotton trading, I think I have a pretty watertight case to sue Gulnara for libel. Unfortunately the lawyers I approached want £30,000 down. Our libel laws exist to protect the rich from exposure by the honest, not to protect the honest from the malice of the rich. If any lawyer reading wants to take this on pro bono, I should be delighted.

Talking of protection of the rich, Mutabar Tadjibaeva was eventually questioned by Swiss police for three hours over the “incident” in the video. I assure you nothing else happened other than what you see here. This is appalling harassment by the Swiss authorities. It is also racially aggravated harassment. The Uzbek Mission in Switzerland made the complaint by name equally against Mutabar and me, but the Swiss police chose only to harass the more vulnerable Mutabar, a survivor of severe torture in Uzbekistan. Truly disgraceful behaviour by the Swiss authorities.

86 thoughts on “Looking for Gulnara”