Skip to content
Home » Posts » Uncategorized » Epstein’s Death Must Be the Start, not the End, of the Investigation

There are a number of royal palaces and grand residences of former Presidents and Prime Ministers where the inhabitants have a little bit more spring in their step following the death of Jeffrey Epstein. The media is rushing to attach the label “conspiracy theory” to any thought that his death might not have been suicide. In my view, given that so many very powerful people will be relieved he is no longer in a position to sing, and given that he was in a maximum security jail following another alleged “suicide attempt” a week ago, it would be a very credulous person who did not view the question of who killed him an open one.

There has been a huge amount of obfuscation and misdirection on the activities of Epstein and his set. To my mind, the article which remains the best starting point for those new to the scandal is this one from Gawker.

Two days ago a federal court unsealed 2000 pages of documents related to the allegations against Epstein. Of these the most important appears to be a witness statement from Virginia Giuffre alleging that while a minor she had sex at Epstein’s direction with Senate Majority leader George Mitchell and former New Mexico Governor Bill Richardson, plus a variety of senior foreign politicians.

Epstein’s sexual activities and partying with young girls were carried out in full view of key friends, his domestic and office staff, his pilots and of course the participants. There is no shortage of potential witnesses. Several of these really ought to be taking great care – though if I were them I would certainly eschew any protection involving US security services or law enforcement. Ghislaine Maxwell might take heed of her father’s fate and avoid swimming for a few years.

(I am probably not the only one old enough to compare the many similarities between Robert Maxwell’s asset stripping career and that of Philip Green. The progress of society after thirty years of Thatcher, New Labour and returned Tories meaning that Green by contrast got no criminal charges and much bigger yachts.) 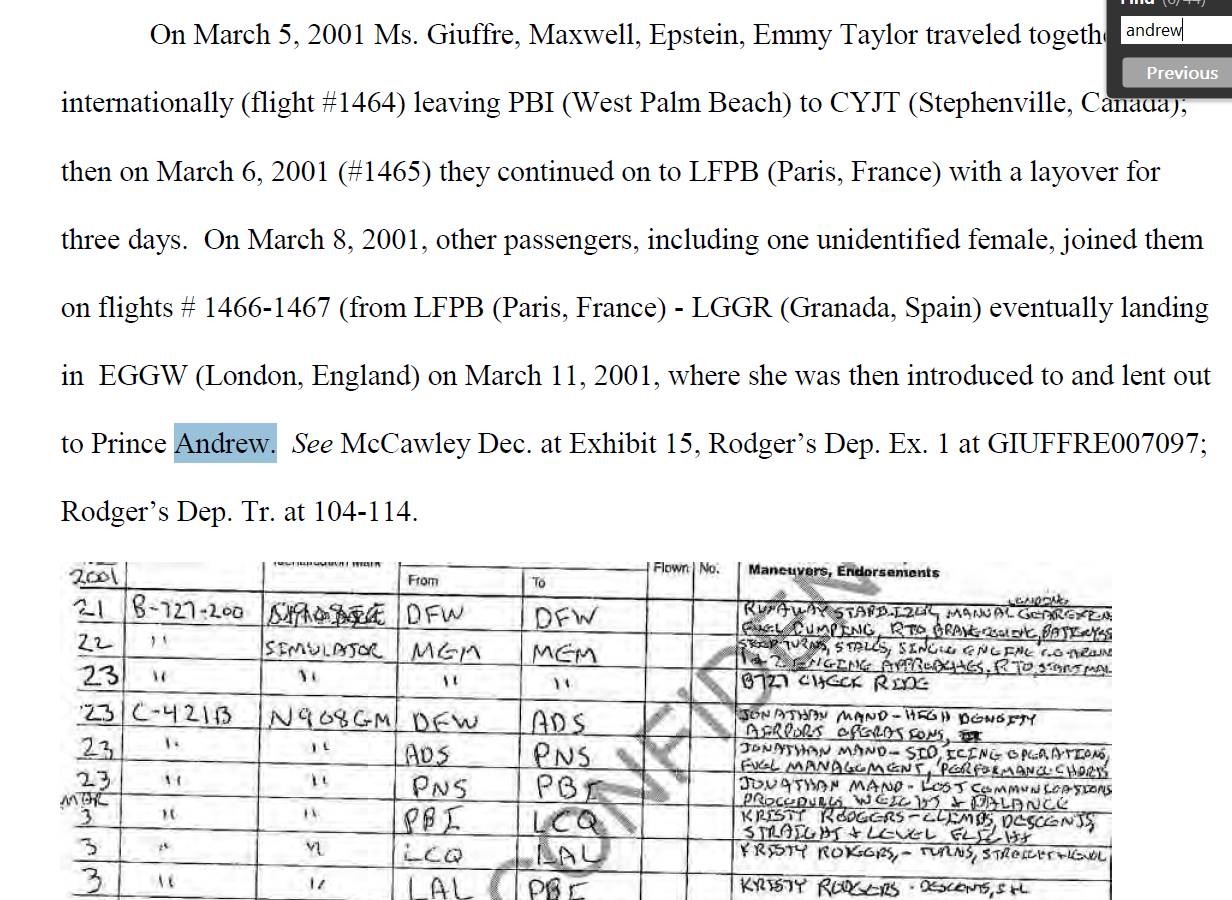 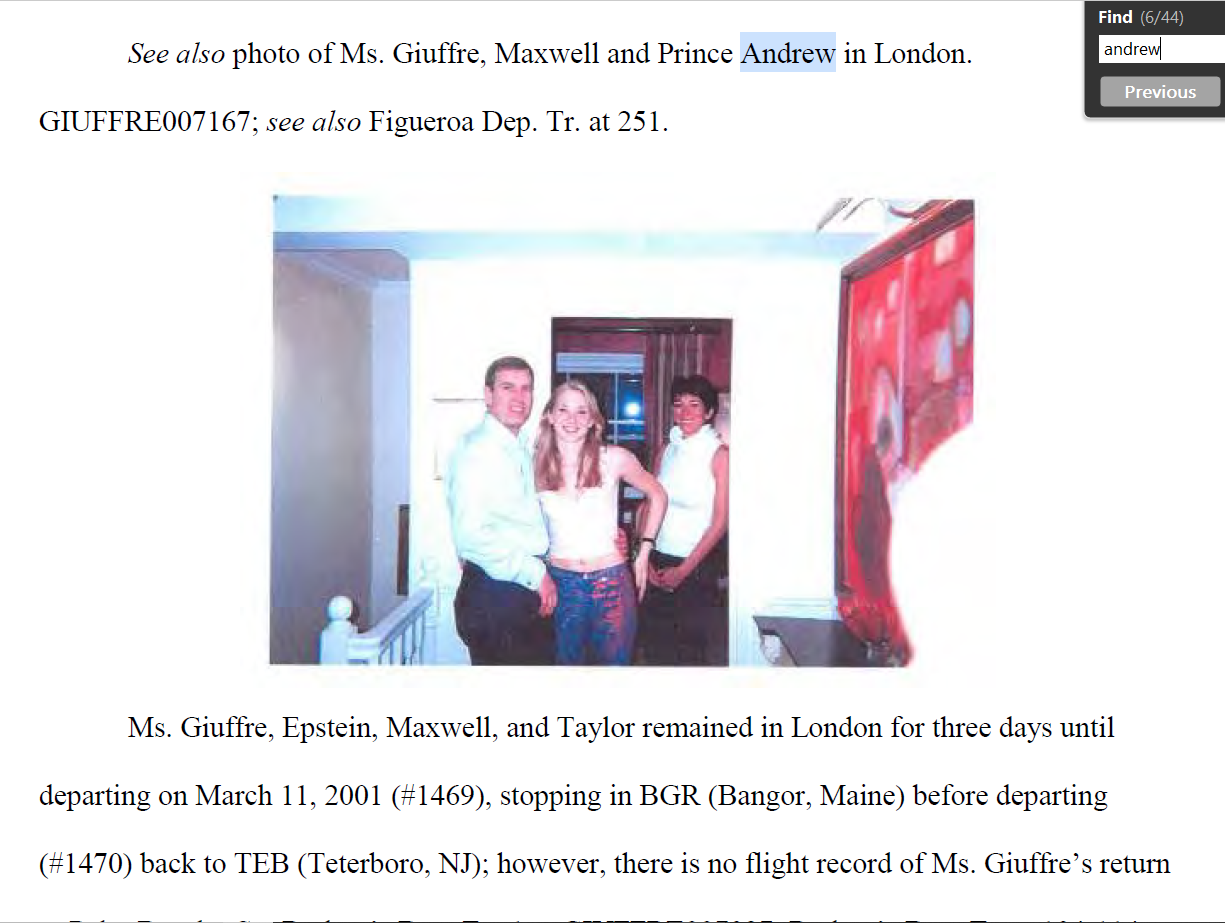 The age of heterosexual consent in England is 16 and there is no indication that Prince Andrew is doing anything illegal in this photograph in which Ms Giuffre is 17. Nor is the photo in itself evidence of sex, though it certainly is intimate. The notion however that Ms Giuffre was “lent out” to Andrew may have legal implications as she was flown into the country, allegedly for the purpose.

No satisfactory alternative explanation has been offered as to what might have been happening here, as Ms Guffre’s lawyers noted. 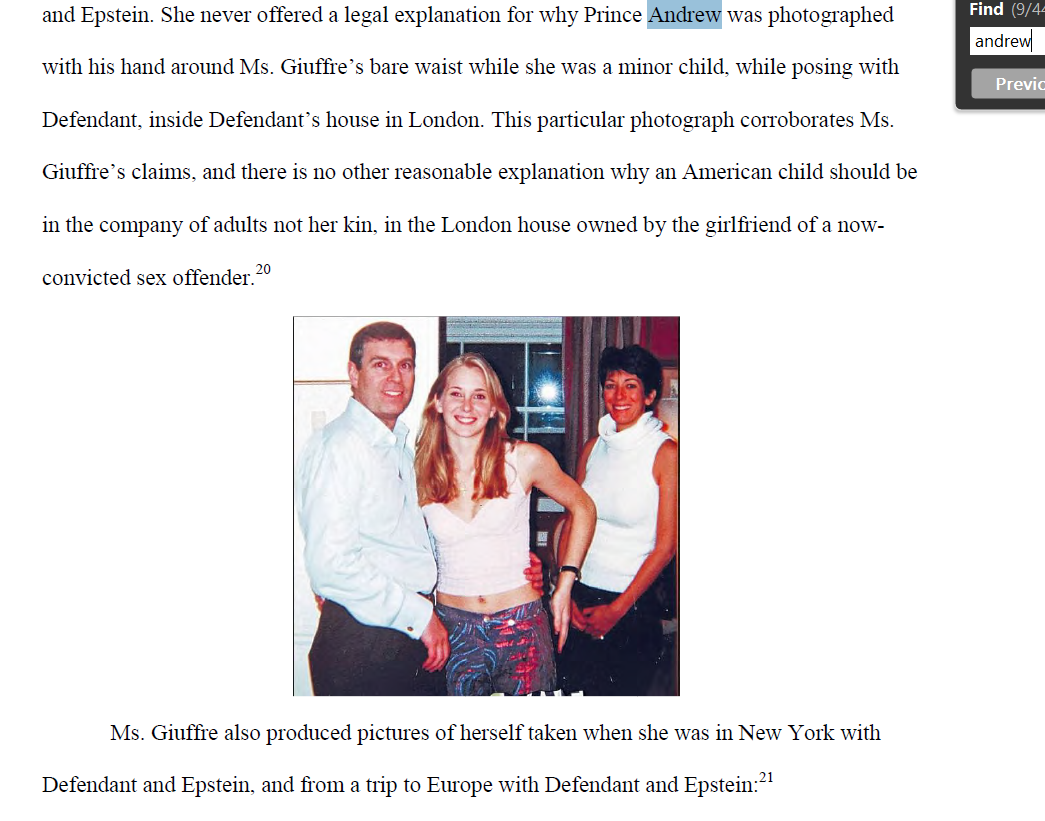 No further details appear in the documents to amplify Ms Giuffre’s claim that she was forced to have sex with a “well known Prime Minister”, other than to repeat the claim. But what is plain is that her tale is not entirely invention. Just how much more did Epstein know, and who might he have taken down with him?

The truth is that sexual abuse by the rich and famous transcends all political boundaries. Bill Clinton was very frequently on Epstein’s plane and Epstein joins the very long list of those connected to the Clintons who died in dubious circumstances.

Two coincidences – the first being the bruise marks on the neck sustained in Epstein’s first “suicide attempt” in jail – remind me of the case of John Ashe, the senior official very close to the Clintons who died with bruise marks on his neck, when he accidentally dropped his barbell on his throat while bench-pressing alone at home.

Ashe was charged and awaiting trial for receiving corrupt funds from businessman Ng Lap Seng while Ashe was serving in the USA’s turn as President of the UN General Assembly. Ng Lap Seng, a six time visitor to the Clinton White House, had previously been accused of making very large illegal donations to Clinton campaign funds, and was subsequently arrested while entering the USA with over US $4 million in cash. Unlike the Clintons, Ashe was charged with taking Seng’s money and rather like Epstein may have had an interesting song to sing while going down, had he not conveniently dropped the barbell on his throat.

I said that the first thing that jogged me to link the Epstein/Clinton and the Ashe/Clinton cases was the bruise marks on the throat. The second is that both stories have been debunked by self-proclaimed “conspiracy-busting” website Snopes – in a manner which shows that Snopes has no regard for the truth whatsoever.

In the case of John Ashe, Snopes wrote an utterly tendentious piece of “myth-busting” which stated that it was a myth that Ashe’s death occurred shortly before his trial and that he was not due to testify against the Clintons. Snopes failed to mention that Ashe, a very senior Clinton appointee, was charged with taking corrupt money from precisely the same man who had been very widely accused of giving corrupt money to the Clintons. And while it was true his trial was not imminent, his pre-trial deposition was.

In the Epstein/Clinton case Snopes wrote a piece debunking the notion that this is a photograph of Bill Clinton on Epstein’s private jet. 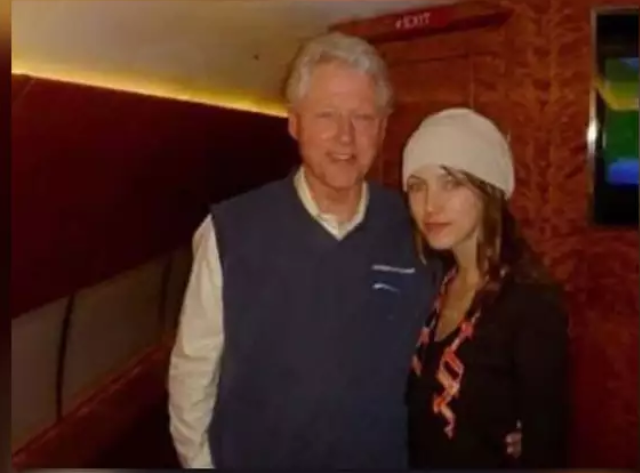 Snopes sets out to prove that this is not Epstein’s private jet but that of another billionaire, and that the girl is not Rachel Chandler. For the sake of argument I am prepared to accept what they say on both counts. But is the sensible reaction to that photo to say “Oh that’s OK it’s another billionaire’s jet” or to say “Why is Bill Clinton on a billionaire’s private jet in an intimate pose with a worryingly young female”? As with the Prince Andrew photo, although it has been circulating for years no alternative innocent explanation is on offer.

And the fact that this is another billionaire’s plane should open again the much wider question of networks of the rich and the powerful indulging each other’s passion for sexual exploitation of the young. It is a great shame that in the UK, the Establishment has been able to characterise the falsifications of Carl Beech as discrediting the entire notion of historical child sexual abuse. It is as though one person making up stories about a Bishop would mean there was never child exploitation in the Catholic Church.

The deeper question is why such a significant proportion of the rich and powerful have a propensity to want to assuage their sexual desires on the most vulnerable and powerless in society, as opposed to forming relationships among their peers. I suspect it is connected to the kind of sociopathy that leads somebody to seek or hoard power or wealth in the first place.

It is not necessary to develop that idea further, to understand that the Epstein case had given us a glimpse of criminal sexual behaviour which beyond doubt involves many powerful people. It is essential that the threads that can be grasped are now worked on assiduously to uncover the entire network.

I am afraid to say I suspect the chances of that actually happening are very slim indeed.

382 thoughts on “Epstein’s Death Must Be the Start, not the End, of the Investigation”