Anybody who is in any way surprised at today’s announcement that nobody will be prosecuted for extraordinary rendition and torture, is in deep denial about what a corrupt and rotten state the United Kingdom is.

Among the many documents the Metropolitan Police (who are genuinely furious) handed to the Director of Public Prosecutions, and which now lies in a bin, is my own sworn evidence of the complicity in torture of Jack Straw and senior FCO officials. I therefore now publish the statement I made to the Metropolitan Police.

I should explain this is not my language. The Metropolitan Police officers interviewed me for two days at my home and then wrote the statement which I signed. This is not the signed copy because I did not have a photocopier at my home. Two copies were printed off on my printer, one of which I signed and gave to them. This is the other copy, and is exactly the same as the signed copy. 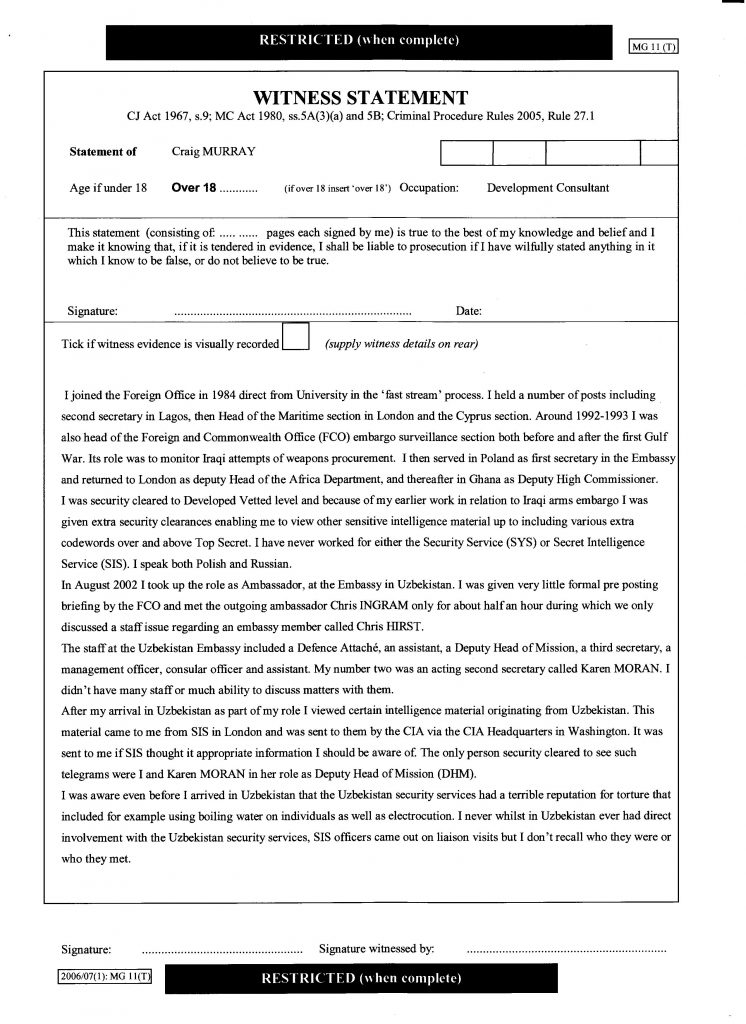 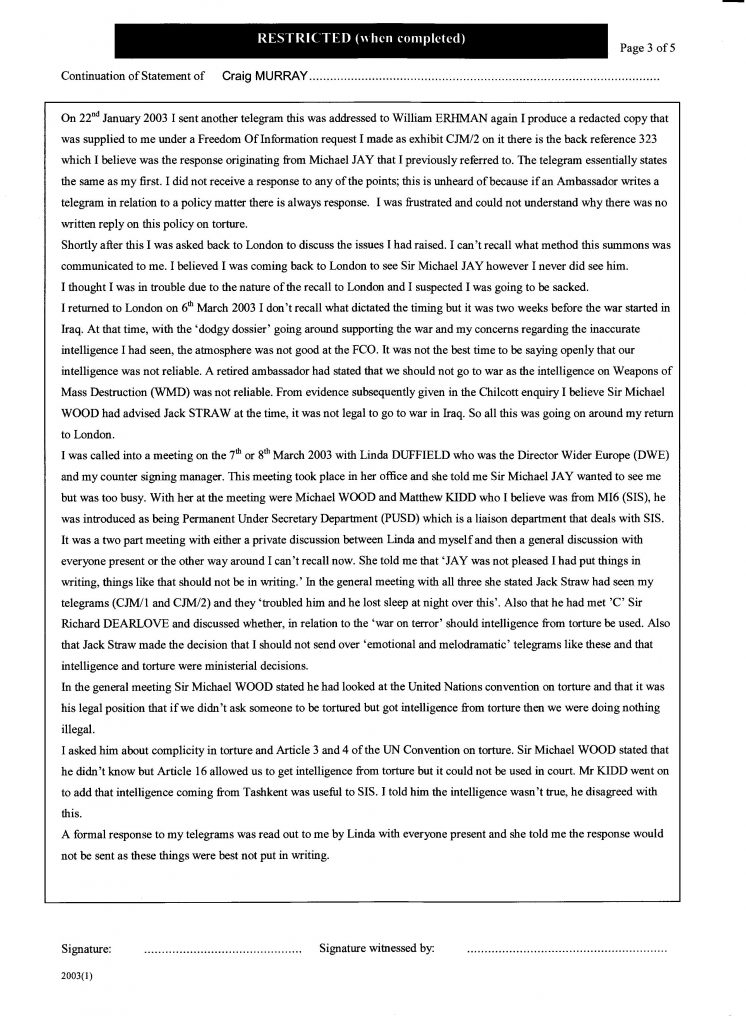 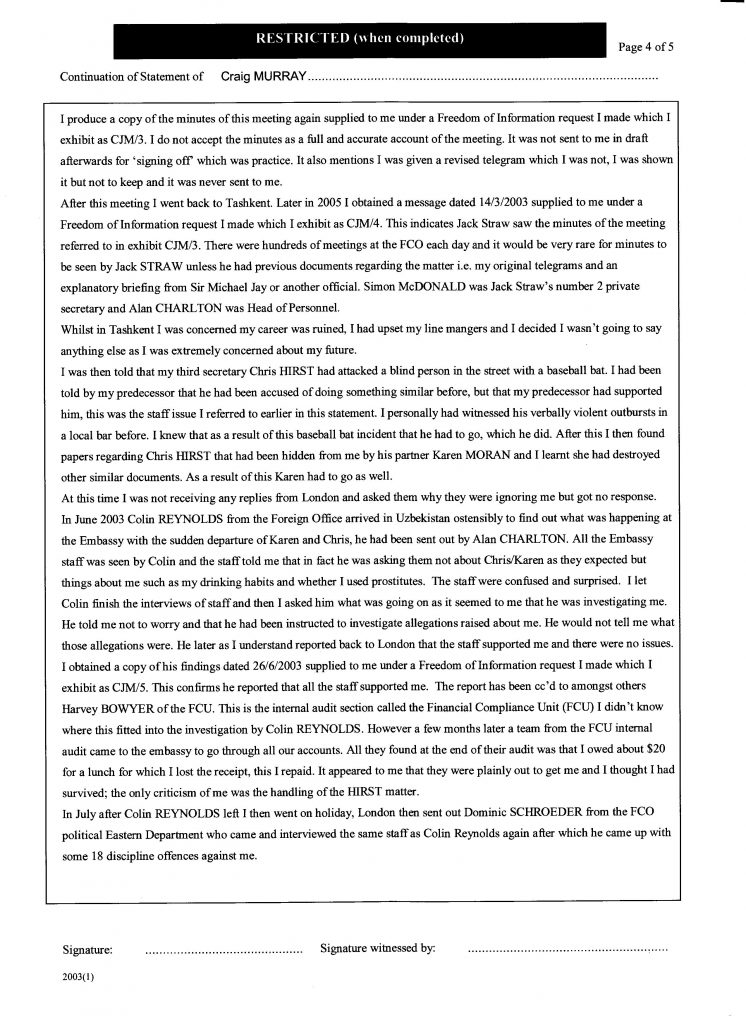 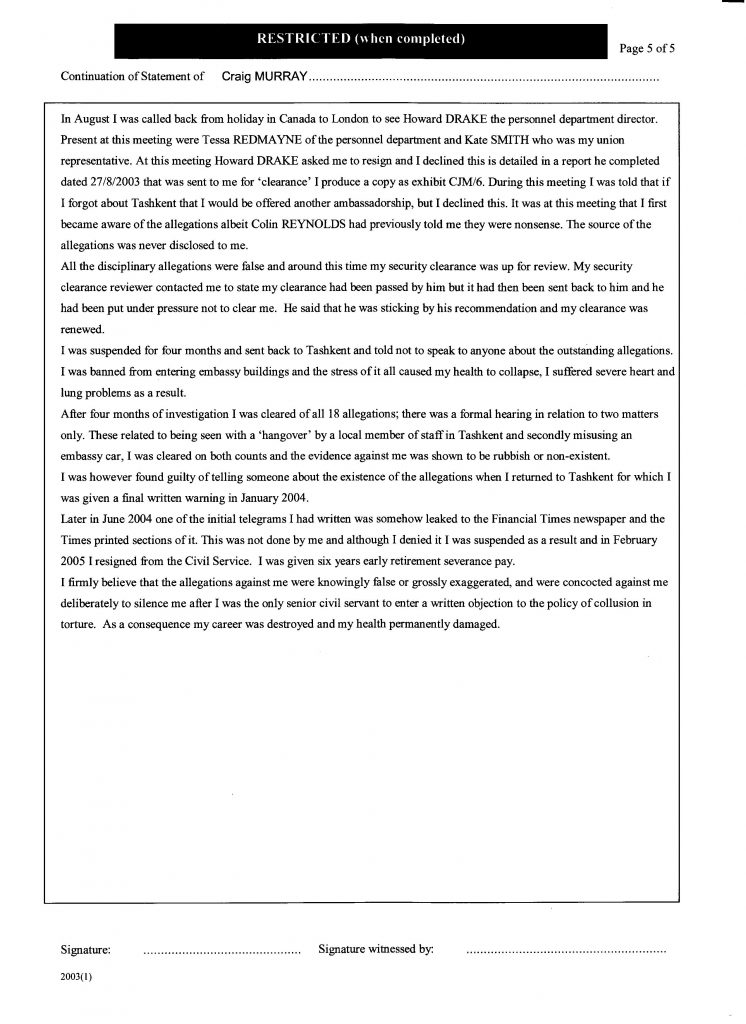